The Armenian Genocide: How to sell it

Shortly after the April 24 "Go to Hell" message to the Armenians from the Liar in the White House, President Medz Yeghern, a contact at the National Space Agency sent me a photo taken from space showing a large number of people standing in a large circle and pointing to the person on the right and asked what I made of it.

I told him that it was a couple of million Armenians and they were pointing to the person to their right and blaming that person for the fact that President Medz Yeghern had not kept his promises to the Armenian about the Armenian Genocide.

Shortly after the April 24 "Go to Hell" message to the Armenians from the Liar in the White House, President Medz Yeghern, a contact at the National Space Agency sent me a photo taken from space showing a large number of people standing in a large circle and pointing to the person on the right and asked what I made of it.

I told him that it was a couple of million Armenians and they were pointing to the person to their right and blaming that person for the fact that President Medz Yeghern had not kept his promises to the Armenian about the Armenian Genocide.

He wanted to know what it was all about.  I explained that when he was a candidate for office, Medz Yeghern promised all sorts of good things to the Armenians but after he won and was inaugurated, he received his instructions from Ankara and reneged on all his promises, and the Armenians were now trying to blame someone.

"So," he said, "there’s nothing significant about it, right?"

"Yes," I said, "there is nothing significant about it.  Armenians are always blaming others for whatever happens or doesn’t happen."

Now that the blame-game has all but died off, however, I thought it was time for me to express an opinion or two.  And, to do so, I must discuss the fine art of selling.  Yes, I know that Armenians are expert businessmen.  But, somehow, they don’t translate their business acumen into matters political.

Which salesman made the sale?

Now, let us reverse the direction, and talk about two other salesmen.  The first salesman goes to President Medz Yeghern and says, "We were the first Christian nation and we were the victims of the first Genocide of the Twentieth Century, so you should say so because it is the right thing to do."  The second salesman goes to President Medz Yeghern and says, "If you use the ‘Genocide’ word, we will kick you the Hell out of the Inçirlik airbase in our country."

Which salesman’s message got across?

Whenever I have taught or lectured on public relations, and when speaking to potential clients (so they have no misgivings of my approach) I say, "It is not what you want, it is not what I want, but it is what the editor wants that gets used."

Just one of many possible examples.  Many years ago, I represented both the local Foster Care organization as well as the Foster Care Agency of the Federal Government (they were not connected, though they knew each other).

When I reached my office one Monday morning, there were three messages from Washington, and one from the local director with the note, "Call me first."  I called her and she explained that she had been in touch with Washington, knew that I had messages from the Washington director, and explained the background. It seemed that a comic on his program, on Sunday, had done a very nasty skit on what was the life of a child in foster care, and, it turned out that the comic had been a foster child and had an unpleasant experience.  Washington, my local director said, was demanding that I do something.

I called Washington, got the background (again) and her firm views that I "demand" that the network apologize.  I told her that networks don’t apologize.  But, I said I would try to do something.

I called CBS (the network) and spoke with a couple of people, both of whom were sympathetic.  I will spare the details of the conversations.  Eventually, I was referred to a producer asking what could be done.  I said that during National Foster Care week, later that month, there would be a major conference in Atlanta, and that it might be a good idea if CBS would cover.  There was a pause, and then the one word, dear to the hearts of public-relations people, "Exclusive?"  I said, "Of course."

Again, I will spare the details.  We agreed that the conference would be given fifteen minutes on the morning program, and that would include "eavesdropping" on a round-table discussion, and film of two foster-care homes–one a ghetto family and one an upper-middle-class family.

I called my Washington Director and told her what we agreed.  She was elated.  She said that she would re-arrange the seminars and talks and selected one of great public interest, and re-set its time.  Meanwhile I worked with my local director, and she selected two homes.  I called CBS and told the producer what was done, and she set a date for a camera crew to come to Philadelphia.

To sum up.  The 15-minute segment was introduced with the announcement that a discussion was "in progress" and a brief filming of the discussion, then the scene changed to the ghetto home and the interview with the two foster parents and two of their foster children, then back to Atlanta, then to the upper-middle class home and the two foster parents and their two foster children, and then back to Atlanta, and a prepared sign-off.

Needless to say, both my clients felt that I could walk on water.

I narrate the above not to boast, but to indicate that begging would have achieved nothing, but I was able to give the producer something she could legitimately use.

Now back to the hapless Armenians.

The reason that no one truly gives a damn about the Armenians is because the Armenian message is "I want" and not "I give."

It’s bad enough that Armenia has no natural resources America wants and needs (natural gas, oil, minerals, etc.), but it is common knowledge that the country is run by crooks and thieves and thugs.  So, the only possible "offer" Armenia could make to America is to pretend it has clout and muscle with both Moscow and Tehran and that Armenia would be an ideal middleman between Washington and Moscow and Washington and Tehran.  It could offer to conduct some quiet diplomacy and create greater understanding between Washington and the two countries.

Failing that, the Armenians in America must ask what they can give the Liar in the White House.  That can be summed up in two words: "Votes" and "Money"  Like all presidents, Medz Yeghern has his eyes on a second term, already.  However, he needs to get over a vital hurdle–the elections of 2010.  The message that the Armenians should send to the White House is that all Armenian votes in 2010 will go to Republican Party candidates–Governors, Senators, Representatives–with the aim of giving the Republicans the control of the State Capitols and of Congress.  And, the suggestion should be made that there is always April 2010 for him to keep his pledges and promises, if he wants his party to get the Armenian vote, in November 2010.

As to money, it is a fact that, in politics, it talks very loudly.  Armenians should start thinking very seriously of being major contributors to the two political parties–the American political parties, that is.  This is especially important with candidates in areas where there are no meaningful number of Armenian voters.  An example will serve.

There was once a very influential Senator, Henry Jackson of the State of Washington.  He was so pro-Israel, he was known as the "Senator from Israel."  He was not Jewish, and the number of Jewish votes in his state, when he was active, was 0.06 percent!  But, Jackson was the darling of the Jews and he was supported financially almost beyond measure.

The time to think of punishing Medz Yeghern is now.  While they are in the process of dealing with Medz Yeghern, the American Armenians should also contact their local Republican parties and ask who they can help and how they can help.

Other Essays by Avedis Kevorkian

The Liar Must Be Punished!

Word-Games for Armenians
Diasporan Money Corrupts Governments, Study Finds
Move Over, Murphy, You Are Not Alone
Turkey: The 51st State. The time has come
"One People, One Nation, One Church"…and One Puzzle
An Unlikely Voice Must Be Supported
A Reformed Critic Criticizes
On Founding Fathers; Some Thoughts
Trusting Governments
Justice: Where Art Thou?
Petition, No; Boycott, Yes
It Wasn’t a Win, It Wasn’t a Loss; It Was a. . .well, you see it’s like this. . . .
The Ben and Gil Meeting
What Went Wrong?
First the Genocide, Then the Vericide
Truth was the First Casualty
There is no Role for the Diaspora in Yerevan; Is There?
The Caucasian Zimbabwe Makes it Personal (almost)
Will We Ever Learn?
American Mythology
Diasporans expect their institutions to be corrupt
Armenia at the Crossroads
False to True Friends; True to False Friends
Debating the ‘Karabakh Deal’
“I Plead Guilty”
No, Mr. Gul, It Was True Then; It Is True Now!
Again, With the Dancing; Or, Will We Never Learn?
About Revolutions
America’s Election
I Still Don’t Have Enough, So the People Will Have to Wait for Theirs
A Tribute to Vartan Oskanian: Ave Atque (it is hoped Not) Vale
Mutafyan Must Tell Turks ‘No’–Or Be Ignored by the World
No, Robert, It will Be Hypocrisy
Here is a solution. . .but what was the problem?
Of Course We Are A Superior People; Just Ask Us and We Will Confirm It
Help Needed for a Two-Champagne Problem
Mirror, Mirror on the Wall, Who is the Most Powerful of All?
Total
0
Shares
Share 0
Tweet 0
Pin it 0 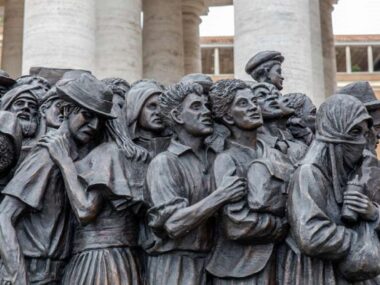