I am harboring a most curious thought.

I’m wondering what the state of affairs would be in Armenia were it not for those unsung heroes who pitch a hand for the welfare of that country. Many of them work incognito, making their periodical trips to that land and making an impact in some humble way.

Whether it’s monetarily, sweat, volunteerism, professional services or humanitarian, it’s service above self. To them goes the quiet applause they would probably shun.

I am harboring a most curious thought.

I’m wondering what the state of affairs would be in Armenia were it not for those unsung heroes who pitch a hand for the welfare of that country. Many of them work incognito, making their periodical trips to that land and making an impact in some humble way.

Whether it’s monetarily, sweat, volunteerism, professional services or humanitarian, it’s service above self. To them goes the quiet applause they would probably shun.

Beautification efforts such as this in General Antranik Park in Yerevan has been
the result of the Armenia Tree Project and Dr. Carolann Najarian’s philanthropy and humanitarian service. (Tom Vartabedian photo)
Today’s piece deals with five — only five — of the hundreds who continue to make an impact with their golden deeds. I know I’m opening a Pandora’s Box but then, the others like this quintet would be satisfied in just letting any limelight fade into the ground unnoticed.

I’ve always held one thing in mind: the distance from obscurity to fame is much longer than from fame to obscurity. These five are among the dedicated whose reward lies innate as opposed to overt. To them, the country of Armenia owes a debt of gratitude.

In no specific order, let’s begin with Armen Toupouzian — a Detroit catalyst whose achievements in Armenia could rewrite the Book of Golden Deeds. His role in supporting the ARS Sosseh kindergartens in Artsakh and the recovered territories has been indispensible.

Over the past 14 years, he’s made more than 20 trips to the region to oversee and monitor the construction of kindergartens. He was successful in finding sponsors as well as sources for much-needed medical supplies and arranging their shipment there.

I bumped into this man one day while walking along Sayat Nova Street in downtown Yerevan. He was wearing a smile as I recall, after just returning from an isolated area on the outskirts where a gymnasium he facilitated was located. Their pleasure was his pleasure.

“I enjoy seeing happy and active Armenian children,” he told me. “It’s bound to have an uplifting effect.”

On this day, he was just another face in the crowd. The ARS just presented him with the Agnouni Award for meritorious service and let’s just say, the honor was richly deserved.

Much can be said about Jack & Eva Medzorian, though the little the better as far as they’re concerned. With them, silence is golden when it comes to a better Armenia.

Over the past decade, both have been to Armenia myriad times to check on medical shipments sent to depressed areas from the Cambridge (MA) Knights of Vartan. These are done through the International Medical Equipment Collaborative.

While there, they comb other regions to assess needs and their ongoing mission knows no hiatus. It’s almost relentless.

As each shipment is dispatched from the center in North Andover, Jack gathers his fellow Knights and they recite the Hayr Mer together — a prayer for added strength and security.

Michael Ohanian is another stimulus for the country, straight out of Andover, MA Your first impression might be, “Michael who?”

He and his wife Sonia have given their time and resources to the inception and development of housing complexes in Armenia. These project houses have orphaned children who are of age to begin independent living and assist them in building a firm foundation for their future.

Not once have I heard them ask for a dime. Where the money comes from — take a guess!

When it comes to addressing the psychological needs of traumatized victims of the 1988 earthquake that took more than 25,000 lives in the Spikak-Gyumri region, just turn the attention over to Dr. Louis Najarian.

The New York-based physician puts his practice on hold once and twice a year and off he goes to provide crisis intervention to victims. It’s a volunteer role he’s performed for the past 23 year at no cost to the country. He’s become more than enamored by his commitment to faith and loyalty.

I asked him about it one day and this is how the man responded.

“The primary goal of a physician is to heal. Many choose a clinical practice, research or academia. Some aspire to chair departments. Assisting these earthquake victims has allowed me the opportunity to give something on their behalf and impact the mental health delivery system of our homeland.”

Last — but not least — is Dr. Carolann Najarian of Lincoln, MA. If you don’t know the name, you perhaps should. For decades, she’s been an ambassador of goodwill to Armenia — a breath of fresh air inside a vacuum.

Whether it’s been with the Armenian Tree Project or the Armenian Health Alliance, Dr. Najarian has answered the ubiquitous call, bringing disaster relief and beautifying the environment. Over time, she’s made more than 50 trips to the homeland.

Read More
Prof. Khatchatur I. Pilikian is foremost an artist. In this in-depth and yet clear description of complex matters,…
Read More
0
0
0 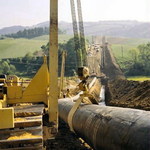 Read More
Keghart.com Team Editorial, 1 July 2010 ‘’It’s easier to be critical than to be correct.”—Benjamin Disraeli There is…
Read More
0
0
0

Read More
By Lucine Kasbarian, New Jersey, March 2015 This article is an edited version of a presentation given by…
Read More
0
0
0