The Sun Rises in the West… and Other Turkish Tales

The above fantasy headlines have a new and equally outrageous partner, courtesy of Turkey and Lebanon’s ‘The Future’ daily which a few weeks ago ran an article headlined “Turkish FM Davutoglu Organizing Conference to Protect Middle Eastern Christians.”

The above fantasy headlines have a new and equally outrageous partner, courtesy of Turkey and Lebanon’s ‘The Future’ daily which a few weeks ago ran an article headlined “Turkish FM Davutoglu Organizing Conference to Protect Middle Eastern Christians.”

A few days later, Turkeys’ PM Raccep Erdogan, the blustering other half of the Turkish Dynamic Duo, sent a message to the Christians of Turkey in which the Bully of the Middle East said, “We have lived on this soil together by sharing a common destiny and history and displaying tolerance, respect and understanding for each [sic] other…the residents of Turkey continue to live together as equal citizens and in unity as well as being hand to hand.”

Breathtaking nerve, chutzpah, bald-faced hypocrisy, mind-boggling lies, Orwellian doublespeak… how does one describe the Erdogan-Davutoglu Perfidious Road Show? One mild response would be the Armenian saying: “If I had two stomachs, one of them would explode” upon reading the brazen falsehoods the Turkish leadership keeps laying on thick.

Chameleon Turkey, for centuries the nemesis of Christians in the Middle East and in Europe, has declared it’s now champion of Middle East Christians. Yes, Turkey will protect the Christians in Egypt, Palestine, Syria, Lebanon and Iraq–including the descendants of the Armenian Genocide victims–from the depredations of murderous Islamists. There you have it: The Crusader Republic of Turkey headed by a modern and compassionate Sultan Reccep Saladin.

Dwindling Christians of the Middle East, welcome to the delicate clutches of Turkey, a country which has made a career of playing both sides of the fence.

Some days it seems the Erdogan- Davutoglu are vying who could ape Pinocchio more convincingly. On Christmas Eve, Davutoglu stated that Ankara has a plan to change the “concept of diaspora… with anyone who migrated from Anatolia from whichever religion or sect they were.” This Turkish diaspora would include Alevis, Armenians, Assyrians, Greeks and Jews. The foreign minister with the forked tongue added, “They are our diasporas… France and some colonialists had set riot between us in that era.” Yes, Armenians are the Turkish diaspora! Who knew? The parents or grandparents of Diaspora Armenians apparently “migrated” from Turkey, according to Davutoglu. Perhaps on a sunny day in 1915 hundreds of thousands Armenian women and children decided, to hold a picnic in the Syrian Desert. They grabbed a sandwich or two and headed south, on foot, to the green picnic grounds of the desert a thousand miles away. Why not? Why would such a picnic be less conceivable than the spins of the Spoiled Twins who run Turkey?

Let’s not hark back to the 500 years of Turkish oppression of Christians; let’s not talk about 1895, about the Adana Massacre in 1909 or the genocide of Armenians from 1915 to 1923; let’s not dwell on the Dersim massacres of the ‘30s, let’s not refer to the racist “wealth tax” Turkey imposed on Christians and Jews during the Second World War; and let’s not talk about the attacks on Greek and Armenian Istanbul properties in September 1955. Let’s take a breath and look at the recent human rights record of Turkey, the fabled and cliché “liberal and democratic Moslem nation… the bridge between East and West, which will guide ‘backward’ Arabs to modernity.”

–Six months ago one of Erdogan’s ministers said, “In order to create a Turkish nation we should clean our land from non-Turkish people. Otherwise how could we create a Turkish Nation?” No one reprimanded the remarkable truth-teller.

–A former Turkish PM said, “Those people who are not ethnically Turk can live in this country only by becoming slaves of Turks. Turkey belongs to the Turks and will always be so.”

–For decades ”Hurriet”—a leading Turkish daily– has emblazoned under its logo the quote: “Turkey belongs to Turks.” Citizens who are not Muslim are not real Turks.

–Last year John Patten, the last British governor of Hong Kong, wrote to the Foreign Office asking if they’d help Anglicans who found it difficult to worship in Turkey. “Please can they just worship in a hall?” pleaded Patten.

–Last year the Syriac Christian community of Turkey reported to the European Parliament on the unresolved murders of Syriacs going back to the ‘80s and the ‘90s.

–In Mardin’s Midyat district (near the Syrian border) there were 1,800 Syriacs in 1985. Last year there were 130. The Syriacs had emigrated because of official persecution. The 5th century Mor Gabriel Monastery (“Second Jerusalem” for Syriacs) in Midyat had a large tract of its lands illegally confiscated by Ankara. Once the bustling centre of the Syriac community, there are only 3,000 Syriacs left in the area. A few decades ago there were 250,000 Syriacs in Turkey. As a result of persecution and consequent exodus of biblical proportions, their number has whittled to 20,000. Many of the Syriacs who are still in Turkey are eager to leave.

–In its 2011 report, the US Commission on International Religious Freedoms said, “The Turkish Government continues to impose serious limitations on freedom of religion and belief, thereby threatening the continued vitality and survival of minority religious communities in Turkey.” This from Turkey’s number one ally.

–In a 2009 petition to Ankara, the Armenians of Turkey said, “Armenians face racism and discrimination…and acute anti-Armenian sentiments continue to survive in broad segments of this society.”

–In Dec. 2009, according to Father John Flynn of “Catholic Online,” three Muslims entered the Meryam Ana Church, a Syriac Orthodox church in Diyarbakir (Dikranagerd) and threatened Rev. Yusuf Akbulut to remove the church bells or they would kill him.

–The St. Paul Church in Tarsus (the saint’s birthplace) is shut by government order.

— Mr. Temper Tantrum Erdogan made a big production that he had restored Aghtamar (tellingly and insistently “Akdamar” in Turkish) Armenian Church near Van. The clever gesture was intended to convert the Armenian house of worship to a museum and to draw tourists. More importantly, it was a public relations gimmick to show to the European Union that there is no religious intolerance in Turkey. Incidentally, prayers are prohibited at Aghtamar and worshippers who try to pray are subject to police reprimand, if not arrest.

Even if Turkey returned every single standing Armenian church and convent, it would still be less than 10% of the number of Armenian holy sites that existed before 1915. And why can’t the buildings be returned? Because they don’t exist anymore. The Turkish government and many Turks have diligently destroyed these monuments or converted them to taverns, khans, stables and worse. Erdogan’s government calls abandoned Armenian holy sites as “disused sites,” without, mentioning why they are disused or where are the people who used them.

–Since its creation, the Turkish Republic has discriminated against the Alevi (Moslem) minority, considering them not true Moslems but half infidels.

–According to a British Turkey-watcher, the country has a “history of resolving issues of faith and identity through violence, not tolerance.” Turkey has a well-documented track record of violence and discrimination against minority faiths.

–In the past decade Hitler’s “Mein Kamph” and the notorious "The Protocols of the Elders of Zion" have headed the list of Turkish bestsellers. Most Turks are dismissive of Nobel Prize winner and humanist novelist Orhan Pamuk.

–The virulently anti-Semitic TV serial “Valley of the Wolves” TV serial is the most popular TV production of the past decade. It’s so well regarded that Mrs. Erdogan praised it.

–Restrictive laws limit speech, prevent the teaching of minority languages in schools and to make sure Kurds don’t form a party Turkey demands that political parties secure a hefty 10% of the nationwide vote to gain a seat in parliament.

–“Anti-terrorist” laws are deployed to crack down on leftists, intellectuals, journalists and human rights activists and publishers, such as Ragip Zarakolu, who was arrested in November 2011, along with his wife (Ayse) and Busra Ersanli, a political science professor and an advisor to the Peace and Democracy Party.

–Thousands of Kurds are on trial for membership in the Turkish Assembly of the Union of Kurdistan Committee. They include human rights activists, Kurdish officials and mayors. The Kurds are incarcerated indefinitely as they wait for their trials “sometime in the future.”

–On Nov. 28 of last year 25 trade union officials in Turkey and members of a public sector workers’ union confederation were sentenced to six or more years in prison for legal union activities.

–Turkey has more journalists in jail than any other country. There’s little sign that change is coming in the democratic process, the rule of law. Erdogan and his minister of interior have repeatedly supported the arrests of journalists and activists.

–In December 2008 “CompassDirect News” published a report which revealed more than half of the population of Turkey opposes members of other religions of holding meetings and publishing materials to explain their faiths… almost 40% of the population said they had “very negative” or “negative” views of Christians. The news report said the hostility to Christians was because of “habitual disinformation and defamation in public discourse, media and school curricula.”

–There are no non-Muslim Turkish citizens who hold high government, military or political positions in their native country.

–The phrase “religious pluralism” is not part of the neighborhood bully Erdogan’s lexicon. The ruffian demeanor PM of Turkey’s modus operandi is throwing his weight around and hectoring defamation against those who dare disagree with him.

According to usually reliable sources, Turkey of the above litany of shame is still ruled by blustering Erdogan and his cunning cohort Davutoglu.

And now let’s hear it: “It’s a bullet, it’s a bird, it’s SuperErdogan flying to the rescue of Middle East Christians!” 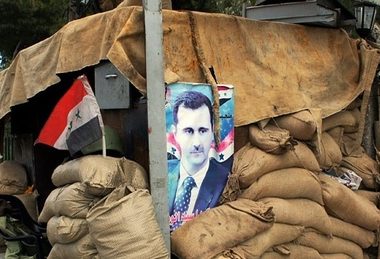