The Truth about the Armenian “Nazis”

To change the narrative of their litany of lies regarding Turkey’s genocide of 1.5 million Armenians Turkish propagandists occasionally wander into history swamps

to dig up dirt against the Armenian nation. One of their favorite gimmicks is to exhume the story of Armenians who fought in the German Wehrmacht during the Second World War. The Turkish “expose” is intended to depict the Armenian nation as fascist and anti-Semitic. Of course, the Turks’ main target audience is the Jews. The mud-slinging of the Turks is intended to hurt Armenians and their Cause by convincing the influential global Jewish community that Armenians are anti-Semitic.

To change the narrative of their litany of lies regarding Turkey’s genocide of 1.5 million Armenians Turkish propagandists occasionally wander into history swamps

to dig up dirt against the Armenian nation. One of their favorite gimmicks is to exhume the story of Armenians who fought in the German Wehrmacht during the Second World War. The Turkish “expose” is intended to depict the Armenian nation as fascist and anti-Semitic. Of course, the Turks’ main target audience is the Jews. The mud-slinging of the Turks is intended to hurt Armenians and their Cause by convincing the influential global Jewish community that Armenians are anti-Semitic.

When they lobe mud at Armenians, the Turkish falsifiers neglect to mention the below ten salient facts while exaggerating the role of the Armenische Legion, Gen. Trasdamad (Tro) Kananyan, and Karekin Njteh.

1. The overwhelming majority of the members of the Armenians fighting on the German side were prisoner of war from the Red Army. They had two choices: death/slavery or “volunteer” conscription in the German army. Turks also never fail to mention the leadership of Tro, who had come from the U.S. to fight alongside the Germans but don’t mention that the rest of the other Armenian military leaders were ex-Red Army officers (Haig Asatryan, Gevorg Karapetyan, Serge Sarkeev, Serge Donoyan, Hakob Chalayev, Vazgen Atoyan…) who were POWs.

2. As the German army was rushing east by south east to the Baku oilfields, it was obvious that to get to its destination it had to go through Armenia. The nefarious Turkish media, hoping for eventual German victory, began fabricating “scholarly” articles that Armenians were a Semitic race… thus Germans should eliminate them as they marched through Soviet Armenia. To neutralize the potential of yet another Armenian holocaust within 25 years, the Berlin-based representatives of Tashnag (Armenian Revolutionary Federation—ARF) Armenians hastily signed an agreement with the Germans promising that Armenian volunteers would fight on the German side against the Soviets. Thus Armenians would be kosher in Aryan German eyes, so to speak. The ARF central bureau repudiated the agreement but the damage had been done.

In other words, a major blame for Armenian participation in the German war effort was because of Turkish falsehood and genocidal propaganda.

3. While it’s true that Tro did lead the Armenian Legion on the Eastern Front against the Red Army, most Armenian soldiers were stationed in Holland an in the Belgium where they saw little action, if any. As well, 7,000 were in logistical and other non-combat units. Hitler didn’t trust the Armenians or the Georgians (also 30,000 volunteers). He said: “I don’t know about those Georgians…They do not belong to the Turkic people…I consider only  the moslims [sic] to be reliable…For the time being I consider the formation of these battalions of purely Caucasian peoples very risky…I don’t trust Armenians either.”

4. Not a justification but an explanation: Many Armenians joined the Germans because the latter had promised to liberate Armenia and even return Western Armenia and Cilicia to Armenia. For a nation which had been hit by the severest blow in its 4,000-year history, the dream of a restored Armenia had undeniable appeal. The German promise was hammered in the “HAYASTAN” magazine which was published for the Armenian soldiers.

Perhaps embarrassed/ashamed of their participation, many Armenians joined under false names or Germanized their names. Others destroyed their identity papers.

6. Turks also don’t mention that Indians, Mongols, Arabs, Turkish Bosniacs, Romanians, Volga Tatars, Croatians, Czechs, Hungarians, Danes, Finns, Greeks, Norwegians, Swedes, Spaniards, the British and the French, Estonians, Latvians, Lithuanians, black Africans, Japanese, Buddhists from Southeast Asia and even the son of Chiank Kai Shek joined the German army. There was also a Deutsch-Arabische Kommande Truppe made up of Arab volunteers from Morocco, Algeria, and Tunisia. The largest (close to 800,000) participation was from Russia/ Ukraine which was made up of Red Army soldiers and White Russians from Western Europe who wanted to restore the Romanoffs.

8. The Turks assiduously avoid mentioning that from 500,000 to 650,000 Soviet Armenians took part in the Second World War. An estimated 300,000 Armenian fighters and 30,000 civilians were killed in the war, in addition to countless wounded. The Armenian losses were one of the highest per capita among the Soviet republics. At the end of the war the high casualty rate, which reduced Armenia’s population, almost doomed Armenia to lose its status as a republic and potentially become an "autonomous" region incorporated into one of the neighbouring  Soviet countries.  In addition, Artsakh Armenians, as part of the Azeri army, were at the forefront of the fighting.

9. Turks don’t mention that despite their small numbers, Armenians were fourth among Soviet nations in the number of generals of the air force, navy and artillery unit. Among the senior Soviet military were Field Marshal Ivan Paghramian, Marshal of Aviation Armenak Khaneriants, Chief Marshal of the Armored Troops of the Soviet Union Hamazasp Babajanian, Admiral Ivan Isakov. And thousands of Armenian soldiers received some 80,000 medals and awards for their contribution to the defeat of Hitler’s army.

10. Turks don’t mention that more than 10,000 North American Armenians took part in both theatres—Europe and Pacific—of the Second World War. One of the most prominent military leaders was Brigadier General Haig Shekerjian, born in Adabazar, near Izmir. Perhaps Turks should boast that a “Turk” had defended America.  Some 1,200 French-Armenian partisans fought the Nazis. Missak Manouchian, a poet, was a Resistance leader in France and was killed by the Nazis. France has honored him with stamps, feature movies, documentaries, etc. Elsewhere in Europe, 1,000 Armenian partisans in Greece and about the same number in Holland fought on the Allied side. Armenian partisans also fought everywhere from Italy to Czechoslovakia. Furthermore, Turks conveniently neglect to mention the highly decorated "Sassuntsi-Davit" tank Regiment that was engaged in the war on the eastern front. The regiment was named after the hero of the medieval Armenian national epic Daredevils of Sasun. It was funded entirely by diaspora Armenians living, among other countries, in Cuba, Cyprus, Egypt, Ethiopia, India, Iran, Iraq, Lebanon, Syria, Transjordan and the United States.

Consistent with their record as genocidiers and as genocide-deniers, Turkish propagandists habitually shrink mountains into mole hill and make mountains out of mole hill—depending what they want to falsify. 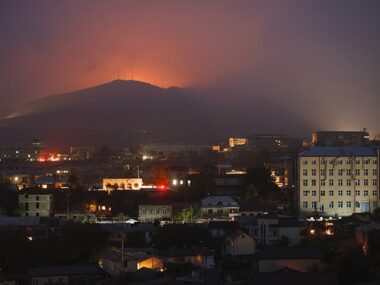 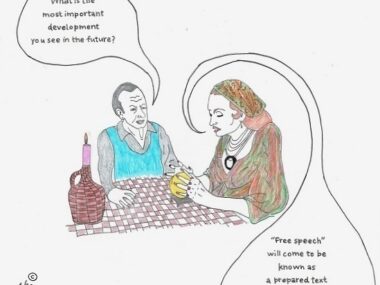 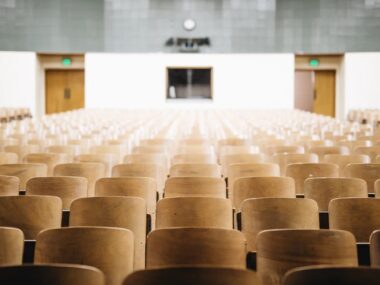