Turkish diplomats, as far back as the Ottoman Empire, have been masters in the game of playing one major power against another, while pretending to be the best friend of both.

Turkish diplomats, as far back as the Ottoman Empire, have been masters in the game of playing one major power against another, while pretending to be the best friend of both.

Once in a while, however, a major international crisis puts Turkey’s leaders on the spot, exposing their hypocrisy. The Israel-Gaza conflict is one of those situations when Turkey’s two-faced nature is revealed. For many years, Turkish officials represented their country as a strategic ally of Israel, in order to exploit the political clout of American-Jewish organizations in Washington, while enjoying good relations with the Arab states. Very deftly, Turkey maintained close ties with the PLO and Hamas, while signing a far-reaching military accord with Israel, the archenemy of the Palestinians!

Despite widespread anti-Semitism and anti-Israel sentiments in Turkey, and the bombing of several synagogues in Istanbul by Turkish terrorists causing the deaths of dozens of Jewish worshippers, Israel continued to believe that Turkey was a reliable ally.

Over the years, Israeli leaders catered to Turkey’s every wish and whim, even going to the shameful extent of denying the Armenian Genocide and pressuring American Jewish organizations and successive U.S. administrations to block the adoption of a congressional resolution on the Genocide. Israeli leaders continued blindly on their path of supporting Turkey, even after former Turkish Prime Minister Bulent Ecevit in 2002 accused Israel of committing “genocide” against the Palestinians.

The Jerusalem Post reported last week that Israel’s President Shimon Peres had phoned his Turkish counterpart, Abdullah Gul, to complain about Erdogan’s abusive comments. Upon his return to Turkey, however, Erdogan continued making harsh remarks about Israel. During a speech to thousands of protesters in the city of Antalya, he warned: “Israel would drown in the blood that it spills.” He also stated that Turkey would raise the Palestinian issue at both the U.N. Security Council and the Organization of Islamic Countries. Four years ago, during an earlier clash between Israeli forces and Palestinians, Erdogan called Israel a “terrorist state.”

Taking his cue from the Prime Minister, Mehmet Ali Shahin, Turkey’s Justice Minister and spokesman for the government, called Israel “the biggest instigator of terror in the world.” Turkish parliamentarians followed suit by resigning from the Turkey-Israel Inter-Parliamentary Friendship Group. Tens of thousands of Turks, burning Israeli and U.S. flags and shouting “killer Israel,” held demonstrations in dozens of cities throughout Turkey. During these protests, a public appeal was circulated calling on Turks to boycott all Israeli products and services.

It is high time that both Arabs and Israelis realize that Turkey is a friend of neither side. When a ceasefire is finally established in Gaza, Turkey could end up as a major political loser because:

— Turkey’s mediating efforts between Syria and Israel, intended to boost its own diplomatic clout, have completely collapsed;

— Turkey’s newly acquired membership in the U.N. Security Council would force her to take sides in various regional conflicts, thus limiting its ability to maneuver between quarreling parties and feigning friendship with both sides;

— When the Armenian Genocide resolution is once again presented to the U.S. Congress in the coming months, one would hope that both Israeli leaders and Jewish American organization would recall Erdogan’s diatribes against Israel and refuse to support a country that denies its genocidal past.

Finally, Turkey’s meddling in the Middle East conflict would distract its attention away from the Caucasus region, lessening the pressure on Armenia to make concessions on Artsakh (Karabagh) and efforts for the international recognition of the Armenian Genocide. 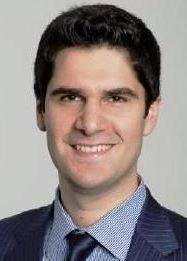