On June 16, Kurdish fighters in Syrian Kurdistan captured the town of Tel Abyad from the Islamic State (ISIS). The Kurdish victory in Tel Abyad prevents ISIS from having a direct route for importing fighters and supplies, and puts serious pressure on Raqqa, the de facto "capital" of the Islamic State.

As Rami Abdulrahman, the head of the Syrian Observatory for Human Rights monitoring group, noted, the capture of Tel Abyad was "the biggest setback to ISIS since it announced its caliphate one year ago."

On June 16, Kurdish fighters in Syrian Kurdistan captured the town of Tel Abyad from the Islamic State (ISIS). The Kurdish victory in Tel Abyad prevents ISIS from having a direct route for importing fighters and supplies, and puts serious pressure on Raqqa, the de facto "capital" of the Islamic State.

As Rami Abdulrahman, the head of the Syrian Observatory for Human Rights monitoring group, noted, the capture of Tel Abyad was "the biggest setback to ISIS since it announced its caliphate one year ago."

Although this success by the Kurds must have been welcomed by people horrified at such a genocidal terrorist group, Turkey's President, Recep Tayyip Erdogan vowed to prevent the establishment of a Kurdish state in the region. "I am addressing the whole world," he said: "We will never allow a state to be formed in northern Syria, south of our border."

Actually, Syrian Kurds do not demand an independent state. They demand an autonomous or federal Kurdish administration. But even if they demand independence one day, they have every right to it.

If there are 21 Arab states and 6 Turkic states, why should a Kurdish state not exist?

Before the area was captured by Kurds, it had been used by ISIS as a gateway from Turkey to Raqqa, but apparently this did not disturb Turkey's government. No Turkish official stood up to say: "We will never allow the Islamic State to rule northern Syria."

"It is revelatory," said Dr. Sherkoh Abbas, President of the Kurdistan National Assembly of Syria, that the supply line to the ISIS capital, Raqqa — recently broken by the Kurds — originates in Turkey.

"Turkey also opposed the Kurdistan Regional Government (KRG) in Iraqi Kurdistan, and now they are the biggest trading partners and have good relations."

"It is best for Turkey to embrace Kurdish Regional Government in Syrian Kurdistan to prevent radicals from threatening Kurds and Turks. So it is about time for the international community, Obama administration and Turkey to admit that Iraq and Syria are failed states, and thus to allow each ethnic group to go their own way."[1]

Apparently, for the government of Turkey, ISIS, which engages in mass murder, ethnic cleansing, mass rape and sexual slavery, is preferable to the Kurds, who resist ISIS and demand rights and liberties that have been taken away from them by the repressive regimes that rule over them.

In the parts of Syrian Kurdistan under the Kurdish PYD (Democratic Union Party) and its armed wing, YPG (People's Protection Units), gender equality, a respect for minority rights and secularism are promoted and practiced.

The PYD, which rules the Kurdish autonomous administration of Syrian Kurdistan, defines its primary aim on its official website:

"Our Party's principal aim, at this crucial stage of history, is to ensure and safeguard the peaceful nature of this popular uprising and to prevent any possibility of the transformation of this popular movement into an Arab-Kurdish conflict. Our strategy is to sow the seeds of brotherhood among peoples and to achieve solidarity and equality between them."

With its limited military power aided only by NATO planes and Peshmerga forces, the YPG are fighting against the immolators and decapitators, and trying to protect innocent people who would otherwise be massacred by ISIS.

The Kurdish militias — the YPG in Syrian Kurdistan and the Peshmerga in the Kurdistan Regional Government in Iraq — are the only Muslim forces truly resisting the ISIS on the ground. These Kurdish forces are mostly Muslim; at the same time, unlike the Arab regimes or radical Islamist armies in the region, they are secular and protective of minorities.

On one side, there is Turkey, whose membership in the NATO has not prevented it from turning a blind eye to — or even facilitating the traffic of — ISIS fighters who go to Syria by way of Turkish border crossings to slaughter or rape Yazidis, Alawites, Christians and other non-Muslim minorities. On the other side, there are the Syrian Kurdish defenders — both men and women — who have been the most effective force fighting ISIS and the al-Nusra Front. The difference could not be greater.

However, according to Rami Adulrahman, head of the UK-based Syrian Observatory of Human Rights, "There's no 'ethnic cleansing' in Til Abyad against the Turkmen and Arabic population."

Actually, it was Syrian Kurds who had been victims of ethnic cleansings at the hands of the Syrian regime, through which the demographic character of the region was changed. [2]

According to the Peace in Kurdistan Campaign, other policies of ethnic cleansing and cultural devastation of the Syrian regime included:

The historian Dr. Jordi Tejel also wrote about the human rights violations against Syrian Kurds in his book Syria's Kurds: History, Politics and Society. [3] Some of them include:

Today, in almost all of the Kurdish regions in Syrian Kurdistan that witnessed these terrible abuses, Kurds have established their de-facto autonomous administrations — namely the Kobane, Cezire, and Efrin cantons.

Now, ISIS terrorists have been attacking Kurds in an attempt to rape their women, sell them on slave markets and annihilate them. On June 25, one of the worst massacres carried out by ISIS took place in the Syrian Kurdish town of Kobane, in which at least 145 people were murdered.

This is what happens when Kurds get caught unprepared or cannot fight back. And this is why the demands that the West arm the Kurds directly, and recognize Kurdish self-rule within secure and defensible boundaries, are a matter of life and death.

Sadly, in a region which is largely marked by a lack of respect for human rights and liberties, it is only through uprisings, civil wars or Western military interventions that Kurds in their native land, Kurdistan, have been able to get some human and national rights.

At least the days when Syrian Kurds were not even given ID cards and were made stateless in their own ancient lands are about to be over. But the regimes that rule the Kurds still deny their language and culture, arrest them unlawfully, expose them to all kinds of abuses and even torture or murder them, just because they were born Kurds.

It would be much better if the states ruling over Kurds would willingly recognize Kurdish rights without shedding any blood, but that is not how the states in this region operate.

Uzay Bulut, born and raised a Muslim, is a Turkish journalist based in Ankara.

[1] In an interview with Gatestone Institute.

[2] For instance, the 1973 policy of "Arab belt", otherwise known as the "Arab cordon", in the Kurdish Cezire region, along the Turkish border, aimed to put into practice ethnic cleansing and the dispossession of Kurds, who were classified by Syrian state authorities as "non-national" elements, and the transfer of their land to Arabs, who were regarded as "national" elements. (Source: "Syria's Kurds: History, Politics and Society", by Jordi Tejel, Routledge Advances in Middle East and Islamic Studies, 2008.)

According to the Peace in Kurdistan Campaign, "The Arab belt resulted in the seizure of Kurdish agricultural lands (350km long and 15 km wide), and thousands of Kurdish land owners and farmers being forcibly driven from their own properties which were given to Arab settlers and farmers coming from Arab regions."

In 1963, lieutenant Muhammed Talab al-Hilal, former chief of the Secret Services in Al-Hasakah, published a report on the Kurdish province of Cezire in which he claimed that the Kurdish people did not exist because they possessed neither "history nor civilization; language nor ethnic origin." He also called for an increase in repressive policies in all domains in order to expunge from Cezire all signs of Kurdish identity because the Kurds were "their enemies" and "there is no difference between Kurds and Israelis, for Judistan and Kurdistan, so to speak, are of the same species." (Source: "Syria's Kurds: History, Politics and Society", by Jordi Tejel, Routledge Advances in Middle East and Islamic Studies, 2008.)

[4] Kurds who had their Syrian citizenship revoked were registered by the Syrian authorities as "aliens". And those who did not take part in the census became 'unregistered' or literally 'concealed/hidden'. The lack of nationality and identity documents meant that the stateless Kurds, for all practical purposes, were rendered non-existent. Their basic rights to education, employment, property ownership, political participation, and legal marriage were severely limited, relegating them to the outermost margins of Syrian civil society. 'Unregistered' Kurds had even lower status than the 'aliens' and had no opportunities in Syria.

In some cases, families found out that some members were nationals and others were not. Some fathers, for instance had nationality while his brother or sister could not.

Many persons who lost their nationality later also lost rights to their property, which was seized by the government and used for the resettlement of displaced Arabs. Since the Syrian Kurds did not have citizenship in another country, they were defined as stateless under international law. 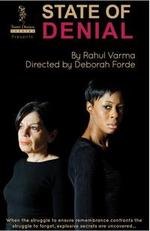 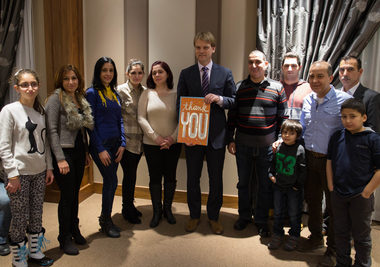 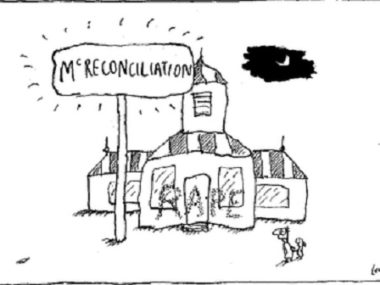 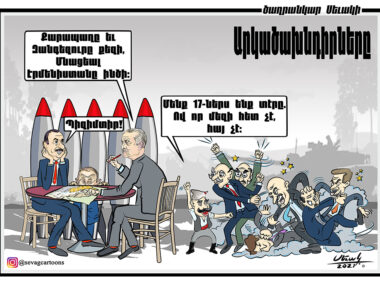