Turks Invented Everything Except Air and Water (Part II)

In the first of this two-part series we talked how the Internet free-for-all has given Turkish propagandists the opportunity to pour full-of-falsehood, pro-Turkish articles into the Web. For the glory that is Turkish genius, the trolls claim as theirs everyone from Homer to Herodotus, St. Paul to Santa Claus. That being the case, it stands to reason they would also claim to have invented everything worthwhile—from the meatball to microchips to mortar to microsurgery to robotics to Quantum physics.

Type “Ten Amazing Things that came from Turkey” or “Turkish inventions” and the Internet will cough up a faux history of Turkish inventions. The fabrications and appropriations of the fabulists are too bizarre for words. Their twaddle can drive a reader up the wall unless one peruses the miasma with tongue firmly pushed against the cheek.

The falsehoods fall into five categories:

In the first of this two-part series we talked how the Internet free-for-all has given Turkish propagandists the opportunity to pour full-of-falsehood, pro-Turkish articles into the Web. For the glory that is Turkish genius, the trolls claim as theirs everyone from Homer to Herodotus, St. Paul to Santa Claus. That being the case, it stands to reason they would also claim to have invented everything worthwhile—from the meatball to microchips to mortar to microsurgery to robotics to Quantum physics.

Type “Ten Amazing Things that came from Turkey” or “Turkish inventions” and the Internet will cough up a faux history of Turkish inventions. The fabrications and appropriations of the fabulists are too bizarre for words. Their twaddle can drive a reader up the wall unless one peruses the miasma with tongue firmly pushed against the cheek.

The falsehoods fall into five categories:

–Claim inventions of non-Turks as the brainchild of Turks
–In a sleight-of-hand, pretend Muslim inventors (usually Persian or Arab) were Turk
–Not mention the ethnicity of an inventor but include his name on the list of Turkish inventors
–Cite the name of unknown Turkish “inventors” with sketchy documentation
–Identify everyone who lived in Asia Minor before the Turkish invasions as a Turk: Aesop, King Midas, Hector of Troy and a cast of hundreds fall in this category.

Money was invented by the King of Lydia who lived in the 7th century B.C. Because ancient Lydia is in modern Turkey, ergo the king is Turkish. In fact, anyone who has passed through Asia Minor is culpable of being tagged a Turk. That logic makes Abraham a Turk (he spent some time in Urfa), and Christ a Lebanese because the miracle of the wine took place in Cana in what is now southern Lebanon.

The steamboat was invented by a Turk and the submarine by a Turkish shipyard worker. It’s natural when you’ve invented the submarine you’d take the next step and invent the torpedo which a Turk allegedly did.

Sometime in the 17th century a Turkish gunner "invented" the missile. If you think the Wright Brothers should take the credit for the first flight, you’re sadly mistaken. The first flight was in the 17th century in Constantinople when a Turk attached “wings” to his arms and jumped from a tower. Another Turk explored the possibility of space travel. A related Turkish invention was science-fiction literature. So it is no surprise that it was a Turk who first observed the Earth rotates around the Sun. While the Pope punished Galileo for the same conclusion, the Turk was hailed by the Ottomans several centuries earlier.

Solar-based air-conditioning was another Turkish gift to humanity. Turkish discoveries in astronomy and astrology are so extensive it would be unfair to even attempt to summarize them here.

Instruments for micro-surgery and for heart by-pass surgery are Turkish inventions. So are vaccinations, methods to stop bleeding, using sounds of nature to cure mental illness, shamanic cures, amulets and the first book on eye-disease.

Contrary to the commonly-held belief, the Chinese didn’t invent printing. That invention (6th century B.C.) was the work of the Uighurs, a branch of the Turkic family in China. Uighurs also invented the first pyramid. It’s larger, wider, and higher than the Egyptian. The hostile Chinese hide the structure although it could be a big money-maker for tourism.

Indians and Iranians can holler all they want that they invented chess. Knowledgeable Turks know better: Turks invented it. They also invented the numeral zero. Although there were Roman baths more than a thousand years before Turks made their unwelcome appearance on the world stage, Turks insist they invented the collective bath. Coffee-shop story-tellers were another Turkish innovation.

Turks excel in the culinary arts. They invented ice cream, pastrami (basterma), meatballs, tea, coffee, yogurt, fermentation…and the entire spectrum of Middle Eastern and Italian cuisines. You see, Marco Polo discovered noodles in China. For Turkish purposes, the Chinese in this context are the cousins of the Turks. The “Turkish” noodles, which Polo brought to Italy, marked the birth of Italian cooking. No Turks, no Chicken Alfredo or chicken cacciatore. It’s wrong-headed to claim the sandwich was invented in the 18th century by the Earl of Sandwich. Turkish horsemen invented the snack thousands of years earlier. They were also the first to tame eagles and horses. As an adjunct to the latter, they invented pants. While they were at it, Turks invented shirts and quilting.

Going back to food, Turks invented buttermilk, arak, lahmajoun, harisseh; and baklava which is a Hittite invention. Hittites are “ancient Turks,” you see. To top it off, Turks invented the three-course meal. They are also responsible for a macabre drink (kimiz) which is mostly horse blood.

A number of Armenian architectural inventions and innovations were, ahem, Turkish. The pointed arch of Gothic cathedrals, ribbed vaults, the narrow slits in castles for aiming arrows at the attackers were certainly not Armenian. Turks also invented battlements, the barbican, parapets and introduced new siege weapons, the coat-of-arms, the military band, and musical notes. They’re responsible for several swords (kiliz, scimitar, shamshir, pulwar, saber and yatagan). Considering their historic proclivity for slaughter, it’s not difficult to believe they invented these instruments of violent death.

The world outside the Turkish fantasyland thinks Darwin is responsible for the Theory of Evolution. Here again, a Turk was the first to note we are related to chimps.

Geography is another discipline where the Turks lead humanity. They were the first to report the existence of the Cape of Good Hope, Japan, and America. The last revelation is seconded by no less than Prof. Emeritus Recep Tayyip Erdoğan of the University of Sarsaris and Sarsams who said Muslims discovered America in 1178. Prof. Erdogan elaborated by pointing that when the Conquistadores sailed by the coast of Cuba, they noticed minarets. Turks invented the endowment system (waqf in Arabic) although waqf is mentioned in the hadiths (Prophet Mohammed’s life and words) in the 7th century.

It's no accident that Germany has been chummy with Germany since the 1870s. The German friendship is a "thank you" for the fundamental assistance the Ottomans rendered to Germans. By weakening Byzantium in the late Middle Ages, Turks allowed “Germans, Prussians, and Franks to rely on themselves and become stronger.” Turks also allowed “German principalities to form imperial governments which led to the Industrial Revolution.” As well, Turks let Genoa and Venice form the notion of Italy, thereby resulting in the Renaissance. If these revelations make your eyes roll, it’s not the fault of the Turks that the rest of the world has been in the dark about Turkish empathy and generosity of spirit.

The appropriation of the Persian tulip as the national flower of Turkey is another grand slam theft.

Turks invented the crescent. Not the real thing but its use as a symbol. In fact, the Arabs and Byzantium beat them to it centuries earlier. Byzantium ecclesiastical art often depicted Virgin Mary standing on the crescent.

Finally (not really because the list of Turkish inventions is inexhaustible), let’s recognize the iconic Turkish delight which holds a special place in the hearts and stomachs of Turks. This most “Turkish” of creations is Arab/Persian. Its Persian name is rahat-ul-hulqum while the Arabs call it halqum. In Egypt it’s known as malban. According to confectionery historian Tim Richardson, Arab/Persian recipes of “Turkish delight” predate by several centuries the appearance of the candy in Turkey in the 17th century. But why are Turks proud of inventing the diabetes-inducing sweet and how did the sweet get its name? In the 19th century an English businessman sampled the sweet in Constantinople and took boxes of the candy to Britain. He called it “Turkish delight.” The name stuck.

Reading about “Turkish inventions" is a hilarious and bitter-sweet experience. Unlike Turkish delight it will not raise your sugar level but might raise your blood pressure as you chortle uncontrollably.

The adage says, “A lie can get halfway around the world while the truth is still putting on its boots.” Not always. The Turkish claims, which are unencumbered by facts and are hysterical in their assertions, are such howlers that anyone with general knowledge will recognize them as the promiscuous blathering of insecure people out to polish their dark and violent image.

Readers might wonder that if Turks, who lived in intellectual stagnation for centuries, invented the above, why was the world unaware and why did the Turks import the same inventions from infidel shores many centuries after Turks had "invented" them? That's a billion-dollar question which only the late Prof. Ataturk might be able to answer. After all, he supervised the publication of a three-volume history of the Turks which proved beyond any doubt that all civilizations are rooted in Turkish civilization. 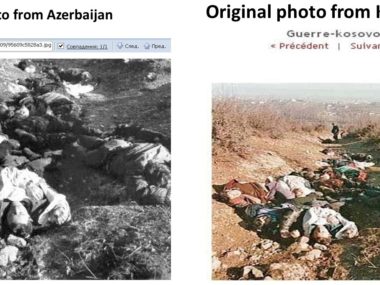