Mikoyan made the news in Armenia two years ago when one of his grandsons campaigned to have the veteran Soviet leader’s statue erected in a Yerevan park. City hall approved but public and media opposition forced politicians to shelve the project. Mikoyan’s critics cited the Old Bolshevik’s crimes against Armenians while others objected to it because it was a “monument to Russian neo-colonialism”.

The litany of Mikoyan crimes starts in 1919 when he advocated giving Zankezour, Nakhichevan and Artsakh to Azerbaijan. In a letter to the Kremlin he said that pursuing the Armenian issue [recovery of Armenian lands] was contrary to the interests of the Communist Party. He accused Armenian patriots of chauvinism and of being reactionary allies of the imperialists. Mikoyan wrote that the “Great[er] Armenia” concept was criminal and he regretted the Soviet Russian decree (1917) in support of the independence of Turkish Armenia. Finally, he wrote: “…the idea of Turkish Armenia and in general ‘Great[er], united and independent Armenia is harmful, criminal and reactionary chimera, against which our party should fight.”

Some believe Mikoyan was blinded by his animosity towards the Tashnag party which governed Armenia at the time. Others say Mikoyan, having noticed which way the Kremlin wind was blowing (friendship with Turkey), echoed Kremlin sentiments. Mikoyan apologists also say he shouldn’t be condemned too harshly since he was only 24 when he advocated his anti-Armenian views.

After Lenin’s death, Mikoyan sided with Stalin, and for the next 30 years was a staunch supporter of the dictator. A highlight of his loyalty to Stalin was his mission to Armenia (1937) to eliminate real and imagined opponents of Stalin. While he was given a Kremlin list of Armenians who had to be eliminated, upon his arrival Mikoyan requested Kremlin to extend the list by 700 to 1,500 names. Mikoyan defenders say Mikoyan had no choice: the purge was a loyalty test by Stalin. Other Stalin henchmen were given similar missions elsewhere. But how can one justify his demand for further Armenian executions? A few years later he signed the death sentence list of thousands of Polish officers. That mass murder came to be known as the Katyn Massacre.

Moving to the positive ledger, one can see Mikoyan was equally larger-than-life in positive achievements. For 40 years he was the most senior Soviet official on foreign and domestic trade and supplies. Considering his success, it’s amazing to learn that he wasn’t enthusiastic about taking over the job (1926) because he considered trade “bourgeois”.

After touring the U.S. in the ‘30s, he introduced American production methods in addition to ice cream and champagne. He also established an industrial sector with new approaches to the food industry. The experience he gained during the ‘30s served him well during the Second World War when he had to supply the vast Soviet population and army with food and other necessities. He eventually participated in weapons supplies. Napoleon said: “An army moves on its stomach.” Mikoyan made sure the huge Red Army was fed and armed to take on the Nazi juggernaut.

During the Second World War, Armenia had the second-highest casualties, on percent basis, among Soviet republics. As the result, Armenia’s population declined sharply. The shrinkage motivated Stalin to reduce Armenia’s status to “autonomous”, although the population had declined because of Armenian sacrifices to save the Soviet Union.

Mikoyan and prominent Soviet Armenians immediately devised a plan to increase Armenia’s population to obviate Stalin’s nefarious designs. Thus was born Diaspora repatriation which saw Armenians (100,000) immigrate to their homeland. Practically every Armenian who repatriated suffered; some were even exiled to Siberia for criticizing the regime. But their sacrifice guaranteed Armenia’s status as a republic, thanks to Mikoyan’s initiative and ability to persuade Stalin to approve the idea.

The late ‘40s were difficult for Mikoyan as Stalin paranoia intensified. Mikoyan’s advocacy that the Soviet Union receive Marshall Plan assistance made matters worse. In the early ‘50s while other Soviet leaders kept silent about Stalin’s irrational pronouncements Mikoyan wasn’t afraid to object.

After the demented dictator died, Mikoyan became Nikita Khrushchev’s chief ally against Molotov and Malenkov who wanted to continue the dictator’s policies. The Khrushchev faction won. In 1954, when he visited Armenia, Mikoyan delivered a speech where he urged the publication of the banned Raffi novels and Yeghishe Charents poems. In 1956, at the 20th Party Congress, Mikoyan was the first to make an anti-Stalinist speech. Khrushchev’s far more publicized similar speech, followed that of Mikoyan’s daring words. Mikoyan soon became deputy premier (the second-highest position in the Soviet Union), chairman of the Presidium of the Supreme Soviet and head of the Commission of Rehabilitation. In the latter position, he rolled back restrictions against nationalism and culture.

Although most history books depict Mikoyan as the heavy during the Hungarian Revolution (1956), it’s now known that he was against the use of Soviet troops. The crushing of the revolution nearly led to his resignation from the Presidium.

His relatively liberal views were demonstrated once again when (1958) he made an unsuccessful attempt to turn Berlin into an independent and demilitarized “open city”.

The acme of Mikoyan’s achievement was his successful effort to diffuse the Cuban Missile Crisis in 1962. When it seemed that the Soviet Union and the US were at the threshold of WWIII, Khrushchev sent Mikoyan to Cuba and to the US to negotiate a peaceful end to the crisis. Mikoyan was successful in negotiating a peaceful resolution thus preventing WWIII. A grateful Khrushchev referred to him as “the shrewd fox from the East”.

Loyal to the end, Mikoyan’s career was damaged because of his support of rambunctious and erratic Khrushchev. When, in the mid-Sixties, Brezhnev and Kosygin pushed Khrushchev aside, Mikoyan continued to support his friend.  Unhappy with Mikoyan’s stance, the new Soviet leaders forced Mikoyan to retirement. He died in 1978.

Western historians who make great effort not to say anything positive about Soviet or Russian political figures are unusually sympathetic to Mikoyan. Simon-Sabag Montefiore, British historian and expert on the Soviet Union and Russia, wrote: “Mikoyan enjoyed a reputation of one of the more decent leaders… he certainly helped the victims later and worked hard to undo Stalin’s rule after the leader’s death.” Montefiore added that Mikoyan had tried to save close-knit companions from execution, “though he was not without his faults”. On one occasion Mikoyan interceded on behalf of Napoleon Andreassyan, an old colleague, when the latter was accused of being a French spy.

The Western historian who has the biggest soft spot for Mikoyan is Sheila Fitzpatrick. In “Stalin’s Team” (2015), she wrote: “The great survivor of Soviet politics …he was notable in the team for his resistance to killing and out casting individuals—not that he opposed it in principle, but in practice he tried to avoid it as much as possible with his strong family loyalty, repeatedly broke the team rules about looking after victims’ families.”

Fitzpatrick says that of the elite Soviet inner circle, Mikoyan was the “most active, even reckless in trying to help the victims”. When one of his friends was exiled to Siberia along with his wife, Mikoyan offered to adopt his friend’s family which included Elena Bonner, the future wife of nuclear scientist Andrei Sakharov.

Unlike most Soviet leaders, Mikoyan was an approachable and charming man with a brilliant ability for bureaucratic survival. He was circumspect, wily, industrious, and self-taught in English and German. He translated Karl Marx’s “Das Kapital” from German to Russian. Personable and gregarious, he was a family man. He and his wife (Ashkhen) were considered the exemplary couple among the Kremlin elite. Mikoyan was less dogmatic than his colleagues and was an enlightened father to his five sons. Stalin’s daughter Svetlana often turned to him for advice.

What will be history’s verdict of Mikoyan?

In Armenian affairs, he was controversial. In Soviet politics he was a key member of the regime which oppressed millions of people. However, he was also a vital player in the resistance to the Nazi invasion. In international politics, humanity owes him a huge debt of gratitude for defusing the Cuban Missile Crisis.

How much weight Armenians  give to Mikoyan’s good and bad deeds is an individual decision. Sentences praising or condemning Mikoyan must inevitably include “but on the other hand…”. And although a quarter century has elapsed since the meltdown of the Soviet Union, there’s still much that’s not known about its secretive leadership. Kremlinology was and is at best a foggy enterprise, more divination than detection, full of Delphic hypotheses about men whose passion for secrecy and deviousness was pathological.

In late May a giant statue of Mikoyan contemporary and equally controversial Karekin Nzhdeh was installed in the heart of Yerevan. President Serge Sargsyan, his cabinet and church leaders attended the ceremony. Does Mikoyan, the most famous and infamous Armenian of the 20th century, deserve a similar honor? That’s up to the citizens of Armenia. 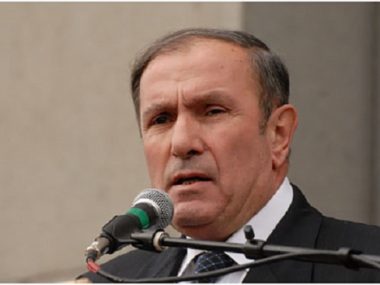 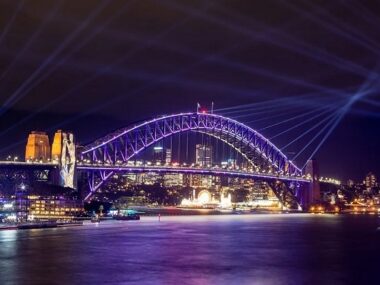