The details of the great man’s sexual perversions are quoted chapter and verse in the late Zsa Zsa Gabor’s autobiography, “One Lifetime Is Not Enough” (Delacorte Press, 1991). She had a six-month affair with the Father of the Turks when she was fifteen-years old and the Great Man was in his mid-fifties, she says in her book. Gabor—a Hungarian Jew—was newly-wed when she met the divine Father of the Turks.

Gabor writes that at the age of fifteen she had married Burhan Asaf Belge, press director at Turkey’s foreign ministry. Belge was in his late thirties. They had met at her grandmother’s Budapest house. On one such occasion an undiplomatic Belge had told guests, “In Turkey, the pashas deigned to love a woman only if her waist size equaled the circumference of her head.” This was no challenge for Zsa Zsa: she was Miss Hungary, she says in her autobiography.

Following their wedding, the newlyweds settled in Ankara, Turkey’s drab capital. Zsa Zsa embraced with vigor the glamorous social life of a diplomat’s wife. The precocious teenager rubbed shoulders with ambassadors, foreign dignitaries and such figures as Gen. Charles De Gaulle. At these gatherings, Burhan was often vociferous in his praise of Hitler although his wife was Jewish. It was no secret that Ataturk was one of Hitler’s heroes.

But soon young Zsa Zsa (real name Sari) was bored by the social whirl. Her husband, who was more than twice her age, was emotionally absent. Months after their wedding, the marriage hadn’t been consummated. Vivacious Zsa Zsa was bored by her role as arm candy.

Roaming the streets of Ankara she sometimes stopped and gazed up to a “hill above Ankara on which stood the great pink marble palace of the famed ruler of Turkey, the great demigod Kemal Ataturk. When the legendary hero was in residence, the lights of his palace gleamed brightly, casting a radiant glow over Ankara, and the people below slept peacefully…according to a national newspaper survey, eighty-five percent of Turkish women dreamed of Ataturk.”  It was like a scene from a medieval romance with a difference: the object of desire in the castle was a mass killer who had “homogenized Turkey” by killing countless non-Turks. He was no Rapunzel.

The man they called “Father of the Turks” was also a cheat and a liar. While he had built his career largely on his “accomplishments” at Gallipoli, the fact is he had nothing to do with the Ottoman victory. The Ottoman defense strategy was devised by German Admiral Guidovon Usedam and Cevat Pasha. They prepared the plan, commanded the forces, and defended the straits. Critical roles were played by mine specialist Lt. Col. Geehl, torpedo specialist Sr. NCO Rudolf Bettaque, and navy engineer Captain Reeder. Lt. Col. Mustafa Kemal watched the battle from a distance. However, Turkey needed a Turkish hero. Mustafa was to be it. It was written. Kismet.

In “Grey Wolf, Mustafa Kemal, an Intimate Study of a Dictator” (1933), author H.C. Armstrong wrote,
“After divorcing Latife…he [Ataturk] became shameless. He drank deeper than ever. He started a number of open affairs with women, and with men. Male youth attracted him…”

But the bubbly teenager from Budapest didn’t know the nature of the Beast. Her purple prose continues: “…the man whom they called the savior of Turkey was fashioned from the stuff that every woman’s dreams were made of. Ataturk was one of the rare men whom I believe the Lord sent to save their country. A masterly politician and fearless warrior, he was half man, half god…

“Although in his fifties, Ataturk’s sexual exploits were the talk of Turkey. Legends abounded of his voracious appetites, his virility, his ability to exist on only four hour of sleep a night and to outdrink, outfight, and outlove rivals half his age…His palace and his legend dominated Ankara utterly. Soon, too, it began to dominate me.”

The first time the dizzy teenager and the dictator met was at a restaurant. He wore a black cloak which he “swirled dramatically over his tuxedo, a man with gray hair, with strange, almost colorless green eyes, impeccably dressed, a man whose civilized veneer disguised an implacable ruthlessness…I remembered the tales I’d hear about him, how he discarded favorite mistresses by adopting them as his daughters.” Was the theatrical figure with top hat Jack the Ripper, Mr. Hyde or the Count of Monte Cristo?

Zsa Zsa gazed dreamily at the divine idol of Turkey.  “Ataturk looked back at me as if he had known me for a thousand years. Suddenly, everything seemed inevitable…I was fifteen and yearning for romance.” Ataturk was in his mid-fifties.  “From the start, we were destined to be deeply compatible,” wrote Ms. Gabor. A Harlequin romance writer couldn’t have put it better.

The affair began like a scene from a B-movie. One day while she was at an antique store a man approached her, gave her a diamond and said, “There is a man—a wonderful man—who wants you to have luck throughout your life. He wants nothing from you and he does not wish to harm you. All you have to do is take this silver key to an address I will give you, at four at any afternoon and open the door.”

The Hungarian adventuress didn’t bat an eye. Kismet would not be denied. Que sera sera, what will be will be. A few days later, she located the den.  “I was throbbing with excitement as I opened the large oak door and found myself in a cobblestoned courtyard shaded by an ancient olive tree. The courtyard was filled with white doves. In front of me was a marble staircase with gilded iron banisters. Almost in a hypnotic trance, I went upstairs. And there, in a room in front of me, sat a man in an oversized carved-oak chair, his back to me, smoke from his hookah drifting high above him. Then he spoke, in a deep, beautifully modulated voice, ‘I knew you couldn’t resist it. No woman can resist the combination of diamonds and luck.’

“Ataturk turned and faced me and I was struck forcibly by his strong resemblance to my father…Until now, I have never before revealed what happened next, what

happened when Ataturk dismissed the dancing girls and the two of us were alone. Sometimes I think it happened in a dream, sometimes that I was in an opium haze, or a stupor induced by the raki. All I know is that that day, Ataturk, the conqueror of Turkey, the idol of a million women and the envy of countless men, took my virginity.” Although Ankara is prone to earthquakes, we don’t know whether the earth shook.

After that One Thousand and One Night consummation, the lovebirds met regularly every Wednesday afternoon. Zsa Zsa doesn’t report what Burhan was doing while she was doing the horizontal tango with the Turkish Valentino. “We spent hours together in Ataturk’s secret hideaway, locked in each other’s arms, while he dazzled me with his sexual prowess and seduced me with his perversion. Ataturk was very wicked…On looking back, I think he probably knew how to please every woman, because he was a professional lover, a god, and a king.”

The romance lasted six months. “He gave me lessons in love, in passion, and in intrigue. He also ruined for me every other man I would ever love, or try to love….” wrote ZZG. Maybe that’s why she married nine times in failed attempts to forget the fecund Ankara Adonis.

True to bodice-ripping Harlequin melodramas, tragedy struck when ecstasy was at its peak. Middle-aged Ataturk suddenly and tragically kicked the bucket in Istanbul in 1938. The official cause of death was cirrhosis of the liver. Unofficially, the word was that the Zeus of the Turks had succumbed to brain syphilis: the demi-god had led a life of indiscriminate sexual escapades. Then again, perhaps it was exhaustion that brought down Turkey’s gift to humanity. Perhaps the spent Adonis had fled to Istanbul to be away from his “dahlink” fifteen-year-old who pined for her demi-god who had a weakness for Count of Monte Cristo duds.

Zsa Zsa mourned the death of her Turkish (?) Albanian (?) Jewish (?)  Don Juan. But a girl has to look after numero uno. The Adonis/Apollo’s departure meant the “end of my life in Turkey. The magic had gone, so had the passion,” she wrote. Shortly after, Zsa Zsa said “auf Wiedersehen” to her Hitler-adoring husband and headed to America…for fame, fortune and filmdom.

In Movie land she made such over-the-top epics as “Won Ton Ton, the Dog Who Saved Hollywood”, “Frankenstein’s Great Aunt Tillie”, “The Queen of Outer Space”, and the unforgettable “Tattooed Teenager Alien Fighters from Beverly Hills”.

While Mustafa cut the mortal coil at the age of fifty-seven, his flirtatious “dahlink” Zsa Zsa lived to the overripe age of ninety-nine dying in 2016. But sly Mustafa had the last laugh. Millions of the Turkish Apollo’s busts stud Turkey’s urban and rural landscape but there isn’t a single bust of the well-endowed Zsa Zsa’s in Hollywood Land. Kismet. 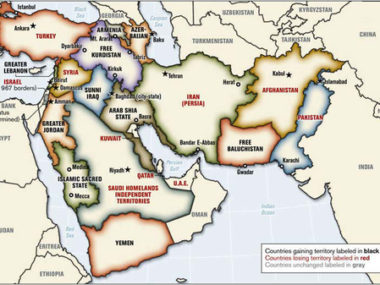 Read More
On 3 March, the European People's Party (EPP) adopted a resolution recognising and condemning the Armenian Genocide as…
Read More
0
0
0
By Robert Fisk, The Independent, 6 April 2009 It’s all supposed to be about campaign promises. Didn’t Barack…
Read More
0
0
0