British-Armenian writer Michael Arlen (Dikran Kuyumjian) made a big splash in the English literary world in the mid-’20s with “The Green Hat”. He was only 27 years-old when he wrote the novel which became his best-known book and was made into a movie starring Greta Garbo. He later moved to Hollywood to become a screen writer. When he died in the ‘60s he was relatively unknown since the publishing world and readers had long ago lost interest in the type of books he wrote.

Nevertheless, Arlen had for decades a huge impact on English literature and on writers who later became famous. Among the many who were influenced by Arlen were Ian Fleming, the creator of James Bond; John Gunther, foreign correspondent par excellence and author of the “Inside—” series of books on politics; Scott Fitzgerald (“The Great Gatsby”); novelist, travel writer, war correspondent Geoffrey Bocca; and famed British director-producer Michael Powell (“The Thief of Baghdad”, “The Blue Narcissus”,“The Red Shoes).

“Fleming was on a roll at the start of 1953 [he had just written Casino Royale, the first James Bond book]. His marriage was still fresh, he had an infant son and the family had recently moved into a new London home…And, best of all, in James Bond he had found an outlet for both his imagination and his restless ambition.

“The novelist Michael Arlen had advised him not to hesitate: ‘write your second book before you see the reviews of the first. Casino Royale is good but the reviewers may damn it and take the heart out of you.’ Heeding his word, Fleming completed Live and Let Die before its predecessor had even been published.”

Years later, in a letter to a friend (Michael Howard) Fleming wrote that while at Eton he had produced a school magazine ‘containing my first piece of fiction–a shameless crib of Michael Arlien!’”

“The Man with the Golden Typewriter” by Fergus Fleming

“New York Post people columnist Leonard Lyons reported an anecdote that to him summarized John’s personality. It seems that British novelist Michael Arlen, who had been one of John’s inspirations in his university days, had once given John a letter of introduction to the editor of the London Daily Express. Many years later, Arlen was in New York , where he and John chanced to meet.

“Say, whatever happened at the Daily Express?” Arlen asked.

“I didn’t get the job,” John said, seeming oblivious to the fact that by this time he had become one of the world’s best known journalists. It simply never occurred to him that his fame had far outstripped that of Arlen and most of the other literary gods he had once worshipped.”

“In A Moveable Feast, Ernest Hemingway tells of a conversation with Scott Fitzgerald about Michael Arlen.

‘The next day we drove to Paris on a beautiful day up through the Cote d’Or with the air freshly washed and the hills and the fields and the vineyards all new, and Scott was very cheerful and happy and healthy and told me the plots of each and every one of Michael Arlen’s books. Michael Arlen, he said, was the man you had to watch and he I could learn much from him. I said I could not read his books. He said I did not have to. He would tell me plots and describe the characters. He gave me a sort of oral Ph.D thesis on Michael Arlen.”

“Reading The Green Hat so long after it has faded into the library of books no longer read, one learns how much it affected the other writers of Arlen’s time. The Hispano-Suiza, the Mayfair settings, are all now identified with Noel Coward. The unspeakable Columbine [Iris of The Green Hat] occurs again as Daisy in The Great Gatsby (1925), Aldous Huxley’s Lucy  Tantamount in Point Counter Point–also flagrantly Nancy Cunard–and Evelyn Waugh’s Susie in Put Out More Flags. Napier Harpenden may well have been the model for Sir Henry Harcourt-Reilly in T. S. Eliot’s Cocktail Party.”

“Will Michael Arlen be dining there?” I asked, remembering my gossip columns.

“I expect so. He usually is. I remembered that you admired his short stories, Micky, particularly the London ones.”

“Yes,” I answered, thinking that quite a lot of us in London had thought this young Armenian writer, Dikran Kuyumjian, who called himself Michael Arlen, and who brought something quite special to the English novel, would develop into another Dostoevsky. But The Green Hat, his best-selling novel that had been made into a film with Greta Garbo, had called him to Hollywood and that had seemed to be that, for apart from Man’s Mortality, a pessimistic novel of remarkable power and little commercial success, he had published little else….

“And Michael Arlen was dining at Romanoff’s that night and I was introduced to him and told him I considered his novel Man’s Mortality a much-neglected book. He agreed with me, but didn’t seem too depressed about it. He was a rather smart-looking man and dining with a smart-looking woman, both of them carefully dressed. I didn’t tell him I was proud to meet the young author of London Venture, Piracy, These Charming People, and Young Men in Love. But I was.” 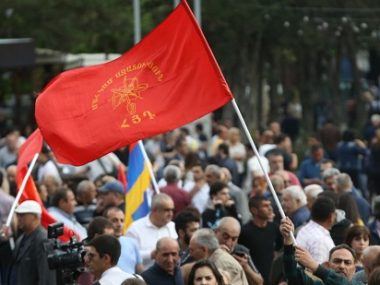 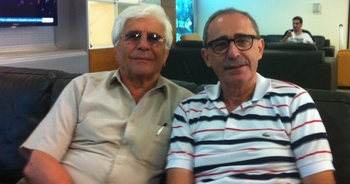 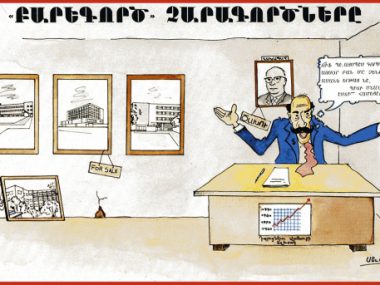 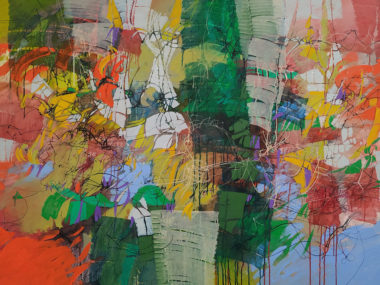