Two Into One Won’t Go

Somehow, I felt that my comment on “A Promising Dual Effort” would not be my last word on the discussion, and I should have listened to my instincts and should not have made a comment.

However, there being some reactions to my comment, and the suggestion that I am being negative for the sake of being negative, I am expanding on my views to show that I was speaking from experience and knowledge when I said that existing organizations who have appointed themselves the only authorized spokesman of the Armenians, may feel challenged by yet another organization wanting to “speak for” the Armenians.

Calling on that experience and that knowledge, allow me to relate some of them.

Somehow, I felt that my comment on “A Promising Dual Effort” would not be my last word on the discussion, and I should have listened to my instincts and should not have made a comment.

However, there being some reactions to my comment, and the suggestion that I am being negative for the sake of being negative, I am expanding on my views to show that I was speaking from experience and knowledge when I said that existing organizations who have appointed themselves the only authorized spokesman of the Armenians, may feel challenged by yet another organization wanting to “speak for” the Armenians.

Calling on that experience and that knowledge, allow me to relate some of them.

My father tried to form such an organization to represent and speak on behalf of the Armenians, here in Philadelphia. Twice. The first one was killed by one of the so-called “political” parties. About ten years later, he tried again and the second one was killed by the other so-called “political” party. Net result: the parties survived, there was no new organization, and the only person to speak for the Armenians was my father––which, ironically, was resented by the political parties, one of whose members once challenged my father (in my presence) “Who gave you the authority. . . .”

When the Armenian Assembly was being formed, I was invited to become a founding member. I declined because the letter of invitation indicated that “all the Armenian political parties” were being invited as well. In my letter declining the invitation, I said that it was planting the seeds for its destruction because the political parties would try to take over the new organization. They tried. They failed. So they set up rival organizations––at one time there were three “lobby” groups in Washington. Then one dropped out. Now there are two. Result? You tell me.

Shortly after World War Two ended, the returning veterans tried to set up a veterans organization in Philadelphia. They had the full backing of my father. The meeting was the largest ever to be held in the city––more than 1500 people were present to wish the young veterans success, with hopes that it would lead to a national Armenian veterans organization. Within five years it was dead because one of the political parties succeeded in getting enough of its members in office and the fledgling organization was killed. (There is a very interesting aftermath, but it won’t be recited here.) Result, no national Armenian Veterans organization to stand beside those of other ethnic groups which draw national politicians to their conventions and whose messages to Washington are respected.

Recently, the Armenian veterans group here in Philadelphia (formed much later) successfully completed its fund drive to erect a khatchkar over the grave of the only known Armenian to serve as an officer in the Union Navy during the American Civil war and who became the first Armenian to come to Philadelphia. As co-chairman of the drive, I contacted an Armenian veterans organization in another city inviting it to contribute. The one and only question I was asked was: “Which Church is supporting your organization?” My co-chairman begged me not to send the letter that I drafted. He said something about “using language like that in the mails is against the law.”

Just to show that my father and I are not the only fools in the Kevorkian family, let me recount, briefly, my mother’s attempts. She organized an Armenian Folk Dance group. Twice. She bore all the expenses, and entered the young boys and girls into all the Folk Festivals, and the group always won first prize. Then, one year, she received a call from the director of the leading Folk Festival, in which he expressed his regrets that Mom and her group would not be participating in the coming Festival because another group had come forth to “represent the Armenians.” My mother was surprised and said that she was already planning to participate. He was more than pleased, and invited her to the next meeting to discuss details.

When she got to the meeting, there was an Armenian woman, closely aligned with one of the so called “political” parties, already there. She glared at Mom as she entered and throughout the entire meeting. To keep this short, Mom’s group won first prize; the other group was an also-ran. Mom then decided, with strong prompting from Dad, that she should give it up, since it was coasting her/us money that we could not afford.

She did not participate in the next year’s Festival. The other Armenian group did, and was an also-ran. The following year, the other group did not enter. Having finished off an independent Folk Dance Group, the party obviously decided it had achieved its purpose. Who won? Who lost?

Many years later, Mom started another group. This one was killed by the other so-called “politica”l party.

It would appear that however much the so-called “political” parties compete with each other, they will unite on one important (to them) cause: destroy any independent group that dares to intrude into their self-appointed role as the spokesman for the Armenians.

Wisely, my late brother stayed away from things-Armenian. Which may explain why he was the most successful of the Kevorkians.

I am asked for a solution. Simply, I say look at what the successful ethnic groups are doing, and copy from them. But, we Armenians are so intelligent and know everything that, consequently, we refuse to learn from others. When someone knows everything, he learns nothing. Oh. you say, “You are reciting ancient history. Today’s Armenians are different and are now wiser.” To which I reply: “I fervently, honestly wish you are right and that I am wrong. I would like nothing better than to use this web-site to admit that I am wrong, and that the Armenians have acquired intelligence and have decided to enter the 21st century rather than continue to live in the 19th.”

Somehow, I think that were I to live to see that happen, I will be the oldest person in history. Your record is safe, Methuselah.

By Avedis Kevorkian, Philadelphia PA, 5 May 2008 Robert Frost wasn’t sure whether the world would end in…
Read More
0
0
0 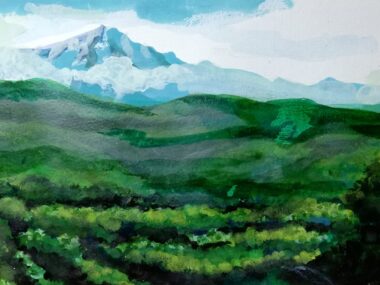 Read More
By Suzan Fraser, The Toronto Star, 15 October 2009 He [Sarkissian] stressed his recent meetings with the powerful…
Read More
0
0
0 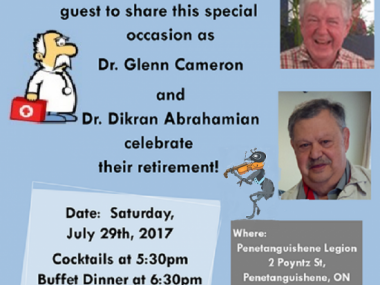