After nearly four years of intensive work by international law experts, historians, scholars and other specialists from around the globe, the National Congress of Western Armenians (NCWA) released, during the Fourth Congress of Western Armenians, in Paris on March 29, an eight-point memorandum which called upon the authorities and the people of Turkey to act upon “our [Armenian] rightful and fair aspirations and accomplish a wide-ranging list of demands.”

After nearly four years of intensive work by international law experts, historians, scholars and other specialists from around the globe, the National Congress of Western Armenians (NCWA) released, during the Fourth Congress of Western Armenians, in Paris on March 29, an eight-point memorandum which called upon the authorities and the people of Turkey to act upon “our [Armenian] rightful and fair aspirations and accomplish a wide-ranging list of demands.”

The Ramgavar Party was represented by an observer while the Hunchakian party sent “best wishes” and called for joint all-Armenian efforts concerning reparations. Greek associations sent written messages. Twelve NCWA members from Armenia, three from Georgia and one from Lebanon could not attend because they didn’t receive their visas on time. The meeting was conducted by NCWA President Souren Seraydarian and Secretary General Sevak Artsruni.

To the preamble of its demands from Turkey, the group said: “The 4th Congress of Western Armenians addressed the historical, political and legal issues of the civilizational disaster that we continue to suffer from due to the consequences of losing our homeland, which our people inhabited for thousands of years.”

After presenting a brief outline of the crimes of the Ottoman Empire and its successor Republic of Turkey (1915 to 1923), the memorandum demanded from the authorities of the Republic of Turkey to act upon the “rightful and fair aspirations” of the Armenian people.

Here’s the summary of the 8-point memorandum:

1.Turkey should recognize the NCWA as a legal entity in Turkey and enter into a direct and constructive dialogue with NCWA representatives and establish without delay a joint agency for the management, coordination and execution of “our aspirations and challenges”;

2.Turkey should adopt reforms to guarantee the safe, just and harmonious existence for all peoples living in Turkey, including “conditions for those Armenians living in and out of Turkey to be able to freely bear, under the law and morals, their ethnic origin…”

3.“It is and remains our [Armenian] everlasting and indisputable right as an ethnic entity to materialize our will to return to our homeland.”

4.Open the Turkey border with Armenia without preconditions and initiate steps for the establishment of interstate confidence and friendly relations with the authorities and citizens of Armenia. [The memorandum pointed out that hundreds of thousands of citizens of Armenia are  descendants of Western Armenia];

5.Turkey should provide unlimited access to its relevant archives, including cadastre and civil state archives, in addition to all information related to Armenian moral and material losses (pecuniary or non-pecuniary) and relevant rights;

6.Turkey should return and rehabilitate all community properties, material and non-material cultural heritage;

7.Turkey should invalidate unconditionally all laws and legal acts concerning the expatriation, deportation of Armenians, liquidation and expropriation of “abandoned properties” and all other exclusive laws and acts that target the Armenians;

8.Turkey should adopt measures to make subsequent reparations for all individual and collective losses suffered by forefathers of the Western Armenians.

The memorandum maintained that the above measures will guarantee the aspirations of all residents for peace, justice and economic growth as well as social development in Turkey and the region. As Turkey evolves from exclusive nationalism towards inclusive liberal and democratic values respectful of human and minority rights, it must develop a “dynamic and constructive policy towards the Western Armenians,” said the memorandum.

“Our aspirations of recognition, return, reparations, and emancipation as descendants of the Armenians who lived on the territory of the Ottoman Empire are based on realistic, fair and—above all—legal considerations on which, the Western Armenians, remain persistent,” added the memorandum.

The Congress also pointed out that as part of their current agenda, Western Armenians the establishment of a direct dialogue between Turkey (internationally recognized as continuator of the Ottoman Empire) and its Armenian citizens, as well as “the Armenian descendants of people who were nationals of the Ottoman Empire…We are confident that only direct and sincere dialogue may break the ice existing in the current relations and provide for a possibility of solving the existing problems.”

Chairman Seraydarian rightfully stressed that it was the first time in one hundred years that a Diaspora Armenian organization has compiled a list of demands which are grounded in international law and are pragmatic in approach. He admitted that at this initial stage, his organization will seek discussions with Ankara, rather than negotiations.

The bilingual (English and Turkish) 4th Congress memorandum is expected to be presented to Ankara in early April.

Yerwant Amenian, whose grandfather was a survivor of the Armenian Genocide, said that while some Kurds had participated in the Genocide, they had done so as members of the Hamidian forces. “They had no choice,” he said and added that Armenians found a safe haven in Kurdistan and now enjoy all legal, social, and cultural rights. MP Ali Halo apologized for the participation of elements of his people in the Genocide and said both Armenians and Kurds have been victims of Turkish oppression.  He asked Armenians not to continue to blame the Kurds. He looked forward to the arrival of a consul from Armenia to Iraqi Kurdistan.

Musician Aslan, who several years ago released a CD in Armenian (“Petag”), sang a few bars from a Gomidas song, said: “Half of our [Zaza] identity is Armenian.”

Lebanese MP Chinchinian said: “We are living proof of the Genocide…For 100 years we managed to keep the memory of the Genocide alive. But what will we do on April 25?” Chinchinian, whose parents hail from Marash in Cilicia, said Armenians need a new strategy. Information, more genocide testimonials are vital, he said. “Time has been on our side so far but no longer is this case. Our Diaspora schools are closing everywhere. Time is against us.” The MP called for unity and the raising of funds to carry on the battle.

Hovanissian said what Turkey committed was the “extermination of a heritage of 4,000 years…it was our removal from our homeland. More than genocide, it was homeland killing. The leader of the Heritage party called for a “strong and democratic country where the rule of law is supreme. We should have justice at home when we demand justice from the world. I know that a strong and democratic country will bring back the emigrants.”

There was a unanimous agreement that Hye Tadd should move from an ad hoc process to professionalism. A new and institutionalized model is needed, speakers agreed.

Before the memorandum was approved with a near-unanimous vote, NCWA First Secretary Sevak Artsruni provided a political context of the NCWA activities and pointed out that in the past few years the NCWA executives had held more than 20 meetings—some of them informally with Turkish government representatives—and met 200 people and organizations in Turkey.

In his closing address, President Seraydarian said that the congress “more than met our expectations. We have a well-prepared document which will be expanded on regular basis. We also have a clear message to Turkey; dialogue and/or use of legal means with several options, individual cases, collective cases, Constitutional Court of Turkey questioning the constitutionality of some law and decrees, class action in Turkish courts, the European Court of Human Rights.

“In order to continue implementing our work we need to have important funds. It is amazing how much has been achieved by few people (18 lawyers, historians and political science specialists and strategic planners,)” said Seraydarian and added: “We discovered that some of our shortcomings, such as the absence of a well-established and staff secretariat and a weakness in public relations and contacts with mass media, our absence of an official and professional spokesman other than the president and secretary general. What has been achieved is impressive, and in my view, it is the most worthwhile effort of all the centennial initiatives.”

Some Armenians might not approve of NCWA goals and battle plan. They might think the NCWA demands are too modest or that a negligible number of Diasporans would settle in Western Armenia, and Cilicia to live under Turkish rule. Some Armenians might disagree with the NCWA broad definition of “homeland”:  to them homeland could mean an independent Armenia and not a place where they would live under Turkish rule. “Homeland”, as broadly defined by the NCWA, falls far short of that demand.

While the Congress was well organized and proceeded like clockwork, the timing of the gathering was unfortunate since it took place the same weekend as another high-profile event: "Le génocide des Arméniens de l'Empire ottoman dans la Grande Guerre 1915-2015", a four-day gathering at the Sorbonne.  Organized under the patronage of the President of France, it featured prominent Genocide and Holocaust experts and historians (Yves Ternon, Sait Cetinoglu, Raymond Kevorkian, Umit Kurt, Wolfgang Gust, Ara Sarafian, Hans-Lukas Kieser, Gerard Chaliand, Lauren-Olivier Mallet, Vincent Duclert, Stephan Asturian, Richard Hovanissian, Khatchig Mouradian…). The blue-ribbon gathering was inaugurated by Najat Vallaud Belkacem, France’s Minister of Education, Higher Education and Research. Many attendees of the colloquium and the 4th Congress would have liked to have attended both important gatherings. Better communications and networking among Armenian organizations would go a long way to prevent such errors in the future.

Read More
By Jirair Tutunjian, 9 September 2011   Ahmet and Mehmet are having their morning “kehve” (coffee) at a…
Read More
0
0
0 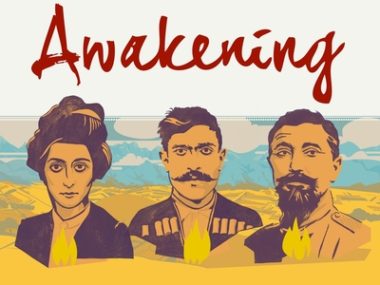 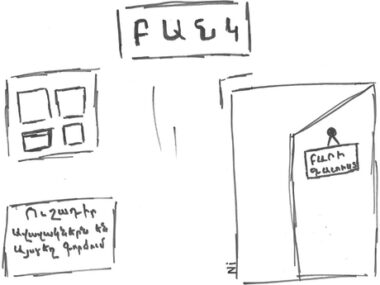