The following essay is written for my non-Armenian friends and Keghart.com readers. I ask for lenience from Armenian readers who may find some statements and descriptions to be common-place.

The last time that I spelled out the word revolution was in 1968, first in relation to the Prague Spring and later the student revolt in Paris.  Since then, as a former student of political studies, sometimes I researched, or analysed and re-analysed the phenomenon of "revolution" whenever a political upheaval struck a country. It led me to drop the word from my lexicon.

Despite the many socio-economic advances that revolutions ushered in I could not morally accept the often colossal horrific human cost as simply “collateral damage”. The classic examples that always came to my mind were the French bourgeois and the great socialist Bolshevik experiments.

The following essay is written for my non-Armenian friends and Keghart.com readers. I ask for lenience from Armenian readers who may find some statements and descriptions to be common-place.

The last time that I spelled out the word revolution was in 1968, first in relation to the Prague Spring and later the student revolt in Paris.  Since then, as a former student of political studies, sometimes I researched, or analysed and re-analysed the phenomenon of "revolution" whenever a political upheaval struck a country. It led me to drop the word from my lexicon.

Despite the many socio-economic advances that revolutions ushered in I could not morally accept the often colossal horrific human cost as simply “collateral damage”. The classic examples that always came to my mind were the French bourgeois and the great socialist Bolshevik experiments.

Inescapably I contrasted them to India’s peaceful resistance to the brutal British colonial regime and its success in bringing  to its knees the empire where the “sun never set”.

Was it the Indian character or Gandhi’s charisma that tilted the balance? Until recently I did not have an answer despite delving into this quandary during a prolonged trip I undertook in India back in 1969.

I can’t say that I totally dreaded the word revolution when I look upon earlier days and think about Che Guevara and his unrelenting struggle against injustices of all forms. Many people of my generation in the Middle East and elsewhere admired him. Yet again, at what cost in human lives? Was there a possibility of a conjoint Gandhi-Guevara? Was there any other chance of “convergence of parallels” in politics as the Italian statesman Giulio Andreotti understood and implemented it? He brought in the representatives of two radically different camps opposing each other tooth and nail into the same cabinet.

To my bewilderment, recently I found the answer right in my home country Armenia where the youth and people of all trades revolted in April and May.

They poured into the streets and squares, the educational institutions and the factories, villages and cities large and small. The whole country got engulfed; demonstrations lasted for almost two weeks without bloodshed; chants and placards of peace and friendship dotted the landscape; sometimes the demonstrators expressed their grievances and outcry by dancing in the streets; children "baricaded" the streets with their toys and young mothers paraded with toddlers in strolls. A whole nation stood up against injustice like the Indians did almost eight decades ago.

They were guided by a forty-two years old charismatic leader Nikol Pashinyan, who since his days in high school unwaveringly and with immense fervour battled

like Guevara, but peacefully — reminiscent of Gandhi – led his people against oppression imposed by a system of oligarchs.

The role of twenty-eight year old Mekhitar Hayrapetyan in the planning of peaceful resistance cannot be enough overemphasized. For many months he studied the tactics used by Gandhi’s 1930 “Salt March” and Kemal Kılıçdaroğlu’s “March for Justice” from Ankara to Istanbul in 2017. Mekhitarian presented to his comrades-in-arms a detailed scheme including even such minutiae as what gears, footwear, and hats to wear during the march. A handful of diehards led by their leader Pashinyan kicked off their journey from Gyumri — the second largest city in the north of the country – to the capital city Yerevan crossing a distance close to 150 kms. By the time they reached their destination some four thousand people, mainly students crowded Yerevan's Republic Square.

Hayrapetyan had also worked out how to decentralise the actions of the movement which helped the crowd not to disperse when the leader was taken into custody by the authorities for a short period. According to some foreign estimates some 500,000 people participated in the peaceful protests throughout the country. Assuredly Hayrapetyan is the tactician of peaceful guerilla warfare in our time.

The revolt was baptised as “Velvet Revolution”. Undoubtedly historians, political science students and researchers of various disciplines will delve into the study of this sui generis reform movement that took place under Russia’s nose and in the presence of a Russian military base within the country.

Superficially people might interpret it as an anti-Russian action, and unfortunately for them they will be disappointed. Likewise others will try to associate it with “coloured” uprisings of the past decade, such as in Georgia. They too will be disheartened. So far there is no evidence of colouring of any sort. On the contrary, Pashinyan has declared that Armenia remains friendly with Russia, and that Armenia has a broad understanding of Western interests and values.

Like any widespread socio-economic convulsion in which almost all constituents of society are involved there is no escaping from class implications. Unfortunately the bourgeoisie (middle-class) was emaciated under the outgoing but not eradicated oligarchic regime. The bourgeoisie is weak and hesitant. Probably the vigour unleashed during the past couple of weeks will embolden it to take drastic steps in shaping the yet undefined socio-economic system.

If the contemplated reforms are not deep enough the bourgeoisie may run the risk of alienating the dispossessed villagers and one million people who live under poverty line, some living within a budget of $3.00/day in a country of barely three million inhabitants. It is estimated that in the capital Yerevan the average income is only $390 per month while rent, utility bills and travel cost $286/ month.

Likewise, if the reforms are too extreme — confiscation of oligarchs' properties, encroachment of the state into how oligarchs manage their businesses, strict control of the flow of large money, etc — then the country will face an enormous exodus of capital. The latter has already begun ahead of reform announcements."  However, much of this exodus is being done by oligarchs whose profits have been made through all kinds of dishonest and illegal practices.

In both instances the new administration faces an almost impossible act of balancing one set of reforms against the other.

The major component that propelled this “Velvet Revolution” was the people in its broadest sense. Not heeding its concerns, which are primarily bread and butter issues, will ultimately lead to failure of the movement with undetermined consequences except one crucial factor: disappointment and further emigration of large swaths of the youth, the backbone of the country’s future.

The administration has no other choice but to listen to its people. In whatever scenario, there is no guarantee to prevent the exodus of wealth amassed by the oligarchs. Contemplating that half-measures, and some concessions to the oligarchs will save the day is wishful thinking.

Break the monopolies that imposed their stranglehold on the people of Armenia for the past twenty years! They took away people’s fair share of wealth, freedom, human dignity and hope for future. Historical opportunities do not repeat themselves. Individual oligarchs might remain out of patriotism and because of deep rooted connections with history and the land.

The people of Armenia, especially the youth became inspired with hope. If they  become disappointed then emigration, as alluded to above, will continue in larger waves. Everyone knows this fact and it’s not a conjecture. Who then will defend the country against the two vultures, namely genocidal Turkey and Azerbaijan sitting on the fences on the borders, respectively in the west and east choking the country? The security of Armenia will be seriously compromised.

People argue that emigration and mass movements are not uncommon in a global economy and Armenia is not immune to such an evolution. True.

But we instinctively know that Armenia is neither Italy nor France, for example. A few millions leaving either country will not change their unique culture and identity; foremost it won’t imperil their security. Whereas another one half million people in addition to one half million since the ‘90s departing the country will be devastating for the economy, culture and security of Armenia.

The well-being and preservation of the self-governing state Artsakh (Nagorno-Karabagh) depends heavily on Armenia. Without the latter the Free State’s very existence will be questionable and every Armenian knows this, let alone foreign observers and conspirators against it. Armenia and Artsakh are in a symbiotic relationship in all aspects of culture and security. Loss of any of them changes the ethno-religious landscape of the region south of the Caucasus paving the way to the old pan-Turkic dream of an empire extending from Bosporus to central Asia. What would the world be facing in the event of such an empire when it can’t make sense of Turkey’s grandiose regional ambitions today?

We are confident that the “people’s choice”, the leader of the “Velvet Revolution”, the newly minted Prime Minister of Armenia Nikol Pashinyan and his advisors are up to the challenges. They will steer the people and the country to safe shores. Without doubt they will need help from the Armenian Diaspora and also from non-Armenian friends of Armenians and Armenia. 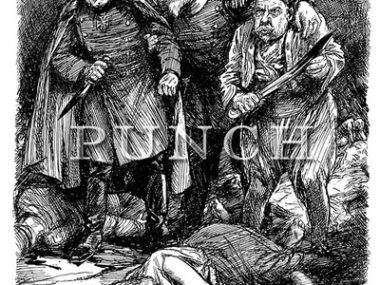 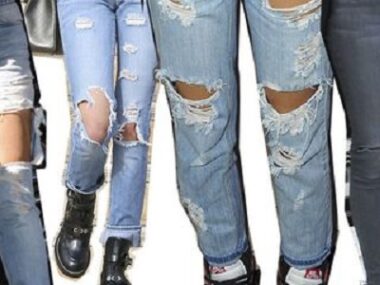 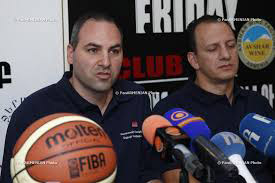