Keghart.com was one of the first media outlets that defended Nikol Pashinyan’s human rights in the Diaspora back in 2010. It was the only entity that organized a petition protesting the suppression of Pashinyan’s rights for freedom of speech and demanded that he be released from prison. Through Keghart.com’s efforts Armenian and non-Armenian petitioners were drawn from Australia, Brazil, Canada, France, Germany, Iran, Italy, South Korea, Sweden, Turkey, UK, and the US.

Keghart.com was one of the first media outlets that defended Nikol Pashinyan’s human rights in the Diaspora back in 2010. It was the only entity that organized a petition protesting the suppression of Pashinyan’s rights for freedom of speech and demanded that he be released from prison. Through Keghart.com’s efforts Armenian and non-Armenian petitioners were drawn from Australia, Brazil, Canada, France, Germany, Iran, Italy, South Korea, Sweden, Turkey, UK, and the US.

The petition proclaimed, “We, Armenians living in the Diaspora and our non-Armenian friends, are deeply concerned in the imprisonment of Nikol Pashinyan, editor-in-chief of Haykakan Zhamanak ("Armenian Time") daily in Armenia, and his treatment in jail. While Mr. Pashinyan's voluntary surrender to law enforcement agencies should have been duly noted by the Armenian authorities, the veteran journalist has experienced coercion behind bars. We attest that these reprehensible acts of the authorities–aimed at silencing Mr. Pashinyan and punishing him for his political views–will have the opposite outcome, making the editor's voice heard more forcefully in Armenia and in the Diaspora. Deeply concerned with the treatment of the journalist, we are following the "judicial process" with vigilance, hoping that he will be released soon. Meanwhile, we demand that the Armenian authorities put an end to the unlawful acts against him and ensure his security.”

The petition was in English, French, Armenian, Spanish, Portuguese, Russian and German. It was forwarded to the appropriate authorities in Armenia, to PEN and Amnesty International. Mr. Pashinyan was released in 2011, though he was sentenced to seven years.

In 2014, at a personal pre-arranged friendly meeting in Yerevan, we congratulated Pashinyan for his election to the National Assembly (2012) and praised his work as a parliamentarian for the betterment of peoples' lives in Armenia.

When the first steps of Kayl Ara (Take a step) and Merjir Serjin (Reject Serj) were taken (April 2018), Keghart.com was among the first in North America to announce the activities of the movement. It participated in public demonstrations in Toronto and Ottawa, the capital of Canada, in support of the unprecedented popular protest in Armenia.

These were followed by a cautious welcome of the “Velvet Revolution” outlining the difficulties that it would face. Subsequently,  we disseminated a friendly critique based on several questionable appointments that the new administration had made and the pitfalls that exist when attempting the introduction of reforms within the parameters of the constitution.

Judging from a live video telecast from the Republic Square in Yerevan, today hundreds of mainly young people gathered to congratulate Pashinyan on his birthday. We have no reason to believe that this is not a spontaneous outpouring of the youth and we join them in their celebrations.

However, we would like to caution that repetitions of this sort of public display on personal occasions can easily degenerate and set the stage for an environment that fosters the birth of personality cult. The “Revolution” started with small steps years ago; it grew by leaps and bounds over many years and finally culminated in a jubilant entrance. It has not triumphed yet. Similarly, small steps can lead to bounces that can lead to dictatorship as witnessed in many small and big countries, some even with democratic traditions.

Keghart.com joins many thousands in saying "Happy Birthday" to Nikol Pashinyan. We also favor public demonstrations in support of the administration’s tireless efforts to introduce electoral, judiciary, economic and many other reforms. Indeed, we consider that visible public displays in favor of the “Revolution” are a crucial component in the arsenal of people to help them lead the movement forward; but simultaneously we think it would be prudent that Pashinyan cautions his followers about the dangers of political idolatry and takes measures to prevent similar public outpouring from happening again. Ostensibly the “Velvet Revolution” was to establish democracy in Armenia, not dictatorship. Seventy years of Soviet personality cult exhibitions and parades should be a warning lesson to Pashinyan and his followers.

The video cannot be viewed because of copyright restrictions

Read More
By Jirair Tutunjian, Toronto, 19 December 2018 Ahmet and Mehmet are back at Ataturk Café and talking high…
Read More
0
0
0 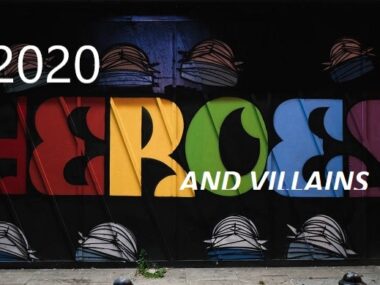 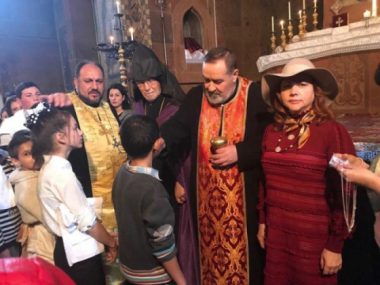 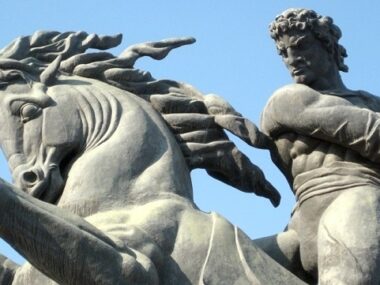 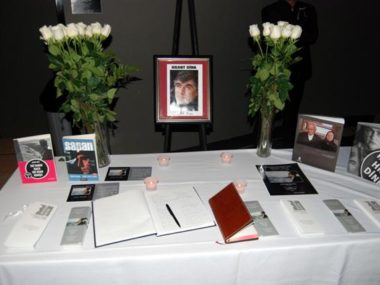