What WikiLeaks Failed to Tell

A small percentage of the documents have been released by WikiLeaks, and more importantly the documents designated Secret are not available. Hence, it might be premature to speculate much about them.- Editor

We didn’t need WikiLeaks to tell us that Moammar Gadhafi likes his “voluptuous blonde” Ukrainian nurse. He doesn’t hide it or his posse of young sexy female bodyguards. A courtier in Tripoli once told me that he found our prurience over his leader’s female company puzzling, given that the West is so soaked in sex.

A small percentage of the documents have been released by WikiLeaks, and more importantly the documents designated Secret are not available. Hence, it might be premature to speculate much about them.- Editor

We didn’t need WikiLeaks to tell us that Moammar Gadhafi likes his “voluptuous blonde” Ukrainian nurse. He doesn’t hide it or his posse of young sexy female bodyguards. A courtier in Tripoli once told me that he found our prurience over his leader’s female company puzzling, given that the West is so soaked in sex.

The leak of 251,287 cables from America’s 274 diplomatic posts spills no military secrets and doesn’t really endanger anyone’s life. It only makes explicit what was implicit in many instances. It offers titillating tidbits about world leaders, and exposes their hypocrisy of saying one thing in private and another in public.

But even the embarrassment factor is not all that high. Governments, politicians and diplomats routinely lie. Those they deal with know. They all understand each other, which explains the uniformity of reaction to the leaks. Mahmoud Ahmadinejad said exactly the same thing as Hillary Clinton, David Cameron, Lawrence Cannon, et al: The leaks won’t affect anyone’s relations with anyone.

The more intriguing thing is this: How come all the cables advance the American geopolitical agenda, with nary a negative comment or the slightest doubt?

Is that because American diplomats never report any inconvenient facts? Or that they do but such reporting got censored by those doing the leaking?

The most comprehensive leaks are about Iran, and they confirm the standard American narrative: Iran is terrible and its nukes pose “an existentialist threat” to Israel and to “moderate” Arab states.

Saudi King Abdullah Saudi wants the U.S. to “cut off the head of the snake.” Similar opinions are held by (the pro-American) leaders of Bahrain, the United Arab Emirates, Jordan and Egypt.

Abdullah has bowed to American pressure to promise China a guaranteed source of energy if Beijing would join in pressuring Iran.

One UAE leader says, “Iran is establishing ‘emirates’ across the Muslim world, including south Lebanon and Gaza, sleeper ‘emirates’ in Kuwait, Bahrain and the Eastern Province of Saudi Arabia, and the mother of all ‘emirates’ in southern Iraq, and now in Yemen.”

Abu Dhabi’s crown prince says “Ahmadinejad is Hitler” and that if air strikes won’t do the job in Iran, ground troops should be sent in.

“The dirty little secret that no war hawk wants to admit is that you can’t eliminate Iran’s nuclear capacity simply by bombing. To really wipe out the capability, you’d have to go in on the ground — just as the United States had to do with Iraq. The difference would be that you’d have to field perhaps a million soldiers . . . Conscription anyone?”
Little surprise, then, that the U.S. has “kept its head while everyone around it is losing theirs.”

Still, the U.S. keeps trying to do what it has been for 30 years — cobbling together an anti-Iranian regional security pact. But “it will continue to fail,” as Lamis Andoni, a commentator on the Al Jazeera-English website, writes.
It fails for the same reason that the Arab leaders dare not say in public what they say in private about Iran. The monarchs and dictators know that their people do not consider Iran a threat.

American intellectual Noam Chomsky cites a Brookings Institution poll that 80 per cent of Arabs consider Israel as the main threat, followed by the U.S. at 77 per cent. Only 10 per cent rate Iran as a danger. In fact, 57 per cent want Iran to have nuclear weapons as a counterweight to American and Israeli hegemony in the Middle East.

There’s no mention of any of this in the leaks or in the comments of Clinton or Israeli Prime Minister Benjamin Netanyahu.

Chomsky: “What that reveals is the profound hatred for democracy on the part of our political leadership and the Israeli political leadership . . . When they talk about Arabs, they mean the Arab dictators, not the population, which is overwhelmingly opposed to the conclusions that the analysts — Clinton and the media — have drawn.”

This is not to say that Arab rulers are not concerned about a resurgent Iran, especially the dominating role it was gifted in Iraq by the American invasion and occupation. But it is doubtful, says Andoni, that the Arab rulers “dare follow the American line completely, particularly if this includes a strike against Iran.”

If they did, they’d risk popular revolts. 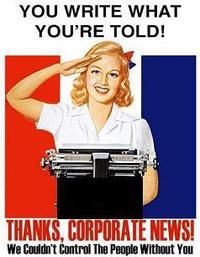