Who Rules Turkey: Erdogan or Aliyev?

Harut Sassounian, Publisher, The California Courier
Guest Editorial, 10 March 2011
Turkish leaders often brag about their success in transforming Turkey from a country with a failing economy and serious domestic problems, to a robust regional power that projects its influence far and wide.

Harut Sassounian, Publisher, The California Courier
Guest Editorial, 10 March 2011
Turkish leaders often brag about their success in transforming Turkey from a country with a failing economy and serious domestic problems, to a robust regional power that projects its influence far and wide.
Indeed, Turkey has the second largest army in NATO after the United States, and the 15th largest economy in the world in terms of GDP. As a self-appointed mediator and powerbroker, Turkey often meddles in regional and international hot spots. Such hegemonic behavior has earned Prime Minister Recep Erdogan the nickname of “Sultan” who is hell-bent on restoring the long-defunct Ottoman Empire.

The founding principle of Turkey’s expansionist foreign policy is the often repeated mantra — "zero problems with neighboring states" — which has not been always successfully implemented. While Turkey has managed to improve its relations with Syria and Iran, its disingenuous reconciliation efforts with Armenia have been a total failure. Its bungled attempt to create the false impression of better relations with Armenia has not fooled anyone, least of all Diaspora Armenians who are painfully familiar with such deceptive Turkish tactics.

Apparently, the one leader who was tricked by Turkey’s fake gestures of reconciliation with Armenia was Pres. Ilham Aliyev of Azerbaijan. Ironically, Turkey’s policy of "zero problems with neighbors" had the unexpected and counter effect of creating problems with Azerbaijan where none existed before.

Azerbaijan’s President became furious upon learning that Ankara was about to sign the Armenia-Turkey Protocols which called for opening the border between the two countries and establishing diplomatic relations. Turkish assurances that the Protocols were simply an attempt to extort concessions from Armenia did not mollify Azerbaijan. Pres. Aliyev demanded the immediate termination of the negotiated agreement, because he did not want Armenia’s blockade lifted until Artsakh (Karabagh) was returned to Azerbaijan.

Even though the Protocols were clearly in the national interest of Turkey, Prime Minister Erdogan buckled under Azeri pressure and abandoned their ratification. Why would he obey Baku’s orders and not conclude an agreement that is clearly in his country’s best interest? Here are some likely explanations: First, Turkey receives some of its energy supplies from Azerbaijan. Second, Azeris living in Turkey strongly oppose the Protocols. Third, Erdogan is sensitive to accusations that he is flirting with his Armenian adversaries, at the expense of “brotherly” Azerbaijan!

Of course, a truly strong leader would be able to defend his country’s national interests and withstand both external and internal pressures. Despite all of his boisterous talk during his global travels, the fact remains that Erdogan’s rule is neither secure nor stable. While he presents himself to his foreign counterparts as the leader of an all-powerful country, he has plenty of enemies at home who are constantly plotting his demise!

Last week, fresh evidence surfaced about Prime Minister Erdogan’s tenuous hold on power and Pres. Aliyev’s ability to exploit his weakness. The former Mayor of Kars revealed that Azerbaijan’s President had urged Erdogan to have the partially completed Armenia-Turkey Friendship Monument demolished. The Turkish leader dutifully obliged after a short visit to Kars. Using the pretext that the statue was grotesque and ugly, he demanded its demolition. The former Mayor told students at Marmara University that the statue was torn down at the explicit request of Aliyev. The Kars city council subsequently voted to destroy the massive monument. By promptly following Aliyev’s orders, Erdogan tarnished his own reputation around the world. Some likened his unsavory action to the Taliban who had destroyed the sacred Buddha statues in Afghanistan!

It is a bizarre situation when the leader of a small state is able to impose his will repeatedly on his more powerful neighbor. When Aliyev demanded that Ankara not ratify the Armenia-Turkey Protocols, "Big Brother" obliged and carried out the request of Aliyev Junior. The spoiled “Junior Brother” then demanded that a Turkish statue be demolished. That order was also carried out with no questions asked.

If Erdogan thinks that by appeasing Aliyev he will be able to secure Turkey’s energy supplies, he is sadly mistaken. Appeasement is a slippery slope that paves the way for more concessions. Having learned that his wishes are unquestionably carried out by Turkey’s leaders, Aliyev will now escalate his demands. What would he ask Erdogan to do next? How far is the all-powerful “Sultan” willing to go to accommodate the demands of the junior bully next door? Who calls the shots in Ankara: Erdogan or Aliyev?

Armenians, however, have no reason to be dissatisfied that Aliyev is bullying Erdogan. By demanding that Turkey not ratify the Protocols, Aliyev inadvertently saved Armenia from an ill-advised agreement; and by urging Erdogan to have the statue in Kars torn down, he made the Turkish leader the laughing stock of the civilized world! 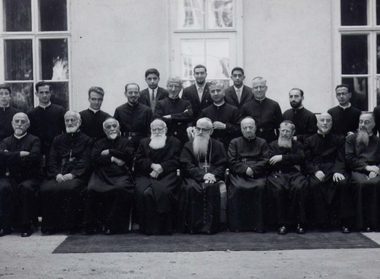 Read More
Tom Vartabedian, Haverhill MA, 26 January 2016 Time has a habit of keeping us connected to the past.…
Read More
0
0
0