Why the West Shouldn’t Intervene in Syria

In most media, the Syrian uprising is treated as a strictly black and white affair, with Assad playing the part of arch villain and his enemies cast as valiant heroes.

Certainly, it’s hard to have any sympathy for the Syrian government. Under Assad’s rule, Syria has become synonymous with torture and oppression.

So it’s refreshing to see the two governments castigate him for behaviour they used to tacitly condone.

On one level, the call for Western nations to do something — anything — is both understandable and noble. The Syrian regime is despotic. Civilians are being killed.

Besides, the example of Rwanda always looms large. Rwanda is where the world did nothing to prevent 800,000 from being slaughtered.

However, war is a most unpredictable endeavour. It may be fashionable now to sneer at former U.S. president George W. Bush for invading Iraq in 2003. But at the time, the action was far more popular.

Even leaving aside its non-existent weapons of mass destruction, Iraq — like Syria today — was a nation run by a brutal dictator willing to massacre his own people. Surely, it was argued, any war aimed at such a dictatorship was a just war.

So, too, Afghanistan. When the West invaded, we were not only responding to the 9/11 attacks. We also told ourselves that we were bringing enlightenment to a country oppressed by a vicious and misogynist theocracy.

We were making it possible for girls to go to school.

Today there are few who would make a case for either war. The Iraq invasion is accepted as a disaster. In terms of civil chaos, lives lost and sheer destruction, that country is arguably worse off than it was under the Saddam Hussein dictatorship.

In Afghanistan, nations that had insisted they would stick it out are desperately running for the exits. Laws against women are being promulgated by the very government we installed, even as the U.S. woos the Taliban theocrats it ousted.

All that we got from the Afghan adventure were dead solders. All the Afghans got were 11 more years of civil war.

Finally, Libya. There too, the war was portrayed in black and white — a brutal dictator versus freedom fighters yearning for liberty. There as well the answer seemed simple: Bomb dictator Moammar Gadhafi into submission; let the good guys win.

Now we discover that the Libyan good guys aren’t necessarily that good. Like Gadhafi, they also torture and imprison their opponents. Regional disputes are fracturing the country. Militias armed with the help of the West now use their guns to shoot at one another.

The full Libyan story has not yet unfolded. But so far, the West’s main achievement there has been to destroy whatever rudimentary form of government once existed.

Those who would bring democracy to Syria at bayonet point might want to keep all of this in mind. War is a desperate exercise. It can backfire. It often does. 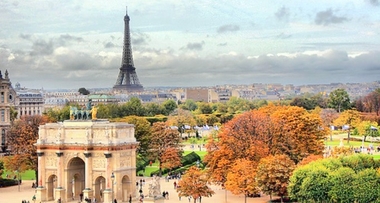