By Thomas Seibert, The National, 9 October 2009

ISTANBUL // Just days before Turkey and neighbouring Armenia, long divided by a bitter dispute over the death of up to 1.5 million Armenians in Anatolia a century ago, are expected to sign agreements for a normalisation of relations, Turkey’s judiciary has dealt a blow to efforts to open a discussion about the massacres, critics say.

By Thomas Seibert, The National, 9 October 2009

ISTANBUL // Just days before Turkey and neighbouring Armenia, long divided by a bitter dispute over the death of up to 1.5 million Armenians in Anatolia a century ago, are expected to sign agreements for a normalisation of relations, Turkey’s judiciary has dealt a blow to efforts to open a discussion about the massacres, critics say.

In a decision that was condemned by commentators and human rights activists yesterday, Turkey’s court of appeals gave the green light for a civil case against the country’s first and only Nobel laureate, Orhan Pamuk.

According to media reports, the court ruled that six nationalists had the right to go to court in order to demand compensation from Pamuk because of statements he made about what happened to the Armenians almost a hundred years ago.

“Thirty-thousand Kurds and a million Armenians have been killed and almost nobody dares to mention that, except for me,” Pamuk was quoted as saying in a Swiss magazine in 2005. That statement triggered criminal charges against Pamuk, which were dropped on technical grounds in early 2006.

A group of six nationalists, including a right-wing lawyer who had also led the criminal charges against the writer, opened a civil case against Pamuk and demanded 35,000 Lira (Dh 88,000) each in compensation. They argued that they, as Turkish citizens, had been insulted by Pamuk’s statements. A court in Istanbul threw out the charges, but the appeals court ruled earlier this week that the plaintiffs had the right to feel insulted. The lower court in Istanbul now has to restart proceedings.

The decision came days before government ministers from Turkey and Armenia are to meet in Switzerland tomorrow to sign protocols hammered out by diplomats from the two sides in months of secret talks under Swiss mediation. The protocols foresee the establishment of diplomatic relations and the opening of the border between the two countries that has been closed since 1992. Ankara and Yerevan also want to establish a committee of experts tasked with exploring what really happened in the year 1915, when hundreds of thousands of Armenians were killed by Turks and Kurds in the dying days of the Ottoman Empire.

Armenia and many international scholars say the deaths amounted to genocide, a label rejected by Turkey. The two countries are also at odds about the conflict in Nagorno-Karabakh, an Armenian enclave in Azerbaijan that was attacked by Armenian forces in the early 1990s. Turkey has said it will be careful to safeguard the interests of its close ally Azerbaijan in the rapprochement with Armenia.

The move for reconciliation has many critics in both Turkey and Armenia, and Recep Tayyip Erdogan, the Turkish prime minister, has made it clear that the last word about the protocols will lie with parliament in Ankara. The Armenian question was a taboo in Turkish society for a long time. A debate about the events of 1915 only started several years ago, with academic conferences and an internet initiative that attracted the support of tens of thousands of Turks who offered their apology for the massacres and for the state of denial with which the events had been treated in Turkey.

Now, the appeals court decision threatens to stifle that debate, critics say. “Everybody, but really everybody can now go to court and demand compensation from Orhan Pamuk, saying ‘you insulted me’,” Emre Akoz, a columnist for the Sabah newspaper, wrote yesterday. “What are we to do with such a judiciary?” Referring to the plans to let experts deal with the question of what really happened to the Armenians, Akoz wondered if the historians involved would also end up in court if they concluded that “one million Armenians were killed”.

“We lost Hrant Dink in an atmosphere like this,” Mr Bakkalci said. Dink, a Turkish journalist of Armenian descent who openly talked about Turkey’s need to come to terms with its past and was sentenced for “insulting Turkishness”, was killed by nationalists in 2007. “We need to save Turkey from such an atmosphere,” Mr Bakkalci said.

One of the defendants in the trial following the murder of Dink uttered threats against Pamuk, saying the writer should “be careful”. Since his criminal trial in 2005, Pamuk has spent much of his time outside Turkey.

The appeals court decision may also trigger new criticism from the EU, which Turkey wants to join. As the EU commission prepares to publish its latest progress report about Turkey next week, Turkish media have been reporting that Brussels will again say that Turkey lags behind in the area of freedom of expression.

According to the news channel CNN-Turk, the EU is expected to underline that Turkish courts dealing with issues concerning freedom of speech do not follow the guidelines set by the European Court of Human Rights in Strasbourg, France. As a member of the Council of Europe, Turkey has to abide by the decisions handed down by Strasbourg. 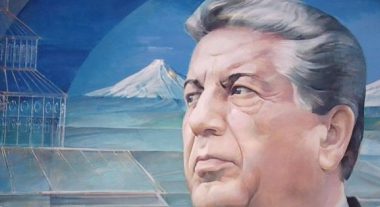 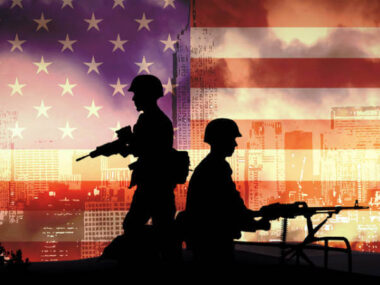 Read More
By David Boyajian, Massachusetts, 3 August 2021 Millions of illegal aliens swarm across our borders, yet little is…
Read More
1
0
0 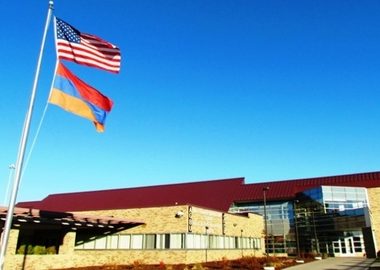