Some of the most powerful leaders in the American Jewish community have stepped forward in recent days to acknowledge the 1915 Armenian Genocide at the hands of Ottoman Turkey.

On the surface, this would seem unremarkable. As victims of the Holocaust, Jews might be expected to stand beside the Armenians and their tragedy. After all, the massacres and death marches across Anatolia during the fog of World War I became a model for Hitler himself.

Some of the most powerful leaders in the American Jewish community have stepped forward in recent days to acknowledge the 1915 Armenian Genocide at the hands of Ottoman Turkey.

On the surface, this would seem unremarkable. As victims of the Holocaust, Jews might be expected to stand beside the Armenians and their tragedy. After all, the massacres and death marches across Anatolia during the fog of World War I became a model for Hitler himself.

But this sudden embrace of the Armenian Genocide actually marks a shameless turnaround for the major American Jewish organizations. For decades, they have helped Turkey cover up its murderous past. Each year, the Israel lobby in the U.S. has played a quiet but pivotal role in pressuring Congress, the State Department and successive presidents to defeat simple congressional resolutions commemorating the 1.5 million Armenian victims.

Genocide denial is not a pretty thing, they now concede, but they did it for Israel. They did it out of gratitude for Turkey being Israel’s one and only Muslim ally.

Now the game has changed. Israel and Turkey are locked in a feud over the Palestine-bound flotilla that was intercepted on the high seas by Israel. Turkey is outraged over the killing of nine of its citizens on board. Israel is outraged that a country with Turkey’s past would dare judge the morality of the Jewish state.

So the Armenian Genocide has become a new weapon in the hands of Israel and its supporters in the U.S., a way to threaten Turkey, a conniver’s get-even: Hey, Turkey, if you want to play nasty with Israel, if you want to lecture us about violations of human rights, we can easily go the other way on the Armenian Genocide. No more walking the halls of Congress to plead your shameful case.

If I sound cynical about all this, maybe I am.

In the spring of 2007, I wrote a story that revealed how genocide denial had become a dirty little pact between Turkey and Israel and its lobby in the U.S.

The story, as it turned out, was my last story at the Los Angeles Times, the only story in my 20-year career that was killed on the eve of publication.

Three years later, I can still hear myself framing its contours to one of our editors in the Washington bureau:

A rift over genocide denial has begun to crack open inside the Jewish community. If you listen closely, you can hear the stirrings of a debate.

On one side were the conservative, Likud-devoted lions of the major Jewish organizations who championed the virtues of Turkey, the first Muslim country to formally recognize Israel. As long as Ankara continued to cooperate in Israeli military exercises and purchase Israeli war machines, it deserved special treatment. Israel itself had adopted an official policy of denying the Armenian Genocide. Its supporters in the U.S. were obliged to do the same.

On the other side were more progressive Jews who couldn’t stomach the notion that Holocaust survivors were working so diligently to erase the memory of another people’s genocide. How could Jewish leaders whose every sense was tuned to detect the Holocaust deniers in our midst, who had gone to the ends of the earth to hunt down Hitler’s henchmen, now enlist with the patrons of genocide?

It was the sort of hypocrisy that made the vow of "Never Again" sound exclusive, a shelter for just one.

My editor was intrigued. Here was an important and timely topic that no newspaper or magazine had ever covered. The fact that I was the grandson of Armenian Genocide survivors didn’t seem to give him any pause. If nothing else, my ethnic background gave me a working knowledge of the issues and the players.

I knew that experts in the field of Holocaust studies recognized the Armenian Genocide as an antecedent with chilling echoes. And Jewish scholars were openly condemning Turkey’s long campaign of denial, seeing it as the psychological continuation of genocidal trauma.

But these same scholars were mostly silent when it came to the behind-the-scenes role that Israel and its lobby in the U.S — the Anti-Defamation League, the American Israel Public Affairs Committee, neoconservative think tanks and Bush administration hawks — were playing in this denial.

This was the story I wanted to tell as the ceremonial bill went to committee that April — the month that Armenians remember their martyrs.

The only caution from my editor was that I conduct all interviews on-the-record. "Unnamed sources aren’t going to work for this one," he said.

I drove down Wilshire Boulevard and knocked on the door of the Turkish Consulate. The diplomat in charge, a polished man in a three-piece suit, wondered how the events of 1915 could constitute a genocide if I, an Armenian, was standing literally before him.

“So both of your grandfathers survived, huh?” he said in an accuser’s tone.

I tracked down Yair Auron, the professor at the Open University of Israel who had authored the seminal 2003 book “The Banality of Denial: Israel and the Armenian Genocide.”

He had written it out of shame, he said. "Denial of the Armenian Genocide in the Jewish Diaspora is closely connected to the policy of denial in Israel. This is nothing less than a betrayal of the moral legacy of the Holocaust."

Then I found my way to the equivocators and deniers who sat at the helms of the major American Jewish organizations. None was more blunt than Abraham Foxman, the head of the Anti-Defamation League in New York. The Armenian Genocide had become his own convenient cudgel to keep Turkey in line.

Foxman had just returned from a meeting with Turkish military and government leaders to discuss pressuring Congress, the State Department and President Bush to turn back the genocide resolution once again.

"Our focus is Israel," he explained. "If helping Turkey helps Israel, then that’s what we’re in the business of doing."

But such a bottom line would seem an uncomfortable place for a Jewish leader to be when the question was genocide.

"Was it genocide?" he said. "It was wartime. Things get messy."

He questioned whether a bill in Congress would help "reconcile" the differences between Turks and Armenians, as though the whole thing was a marital spat that needed some calming down.

"The Turks and Armenians need to revisit their past. The Jewish community shouldn’t be the arbiter of that history. And I don’t think the U.S. Congress should be the arbiter, either."

He was lifting lines right out of the Turkish playbook. I almost had to revisit his website to make sure that the ADL was still in the business of fighting not only anti-Semitism but "bigotry and extremism" and "securing justice and fair treatment to all."

I pointed out that the genocide had already been documented as a fact by many prominent historians. And Congress recognizes all sorts of people’s history. Resolutions commemorating the victims of the Holocaust, for instance.

"You’re not suggesting that an Armenian Genocide is the same as the Holocaust, are you?"

I tried to draw the parallels that the scholars had drawn, but Foxman saw it as an affront. The oneness of the Holocaust was being debased by Armenians looking for a piggyback ride.

"Are you Armenian?" he finally asked.

I wrote the story and filed it. My editor in Washington was pleased. It landed on the weekend budget, a strong candidate for Page One.

The weekend came and went, but the story held. I called the editor and asked if there was a problem. He was sorry to say that the story had been killed — on a last-minute order from the managing editor.

Then it hit me. Even as the paper was nominating one of my other stories for a Pulitzer Prize, on this story I was an Armenian.

The official explanation was a beauty. The managing editor said I was not an objective reporter because I had once signed a petition stating that the Armenian Genocide was a historical fact.

I had never signed such a petition. But if I had, how did this prove bias? Our own style book at the Times recognized the genocide as a historical fact.

"Would you tell a Jewish reporter that he couldn’t write about Holocaust denial because he believed the Holocaust was a fact?” I asked.

His answer was to reassign my story to a colleague in Washington who covered Congress. That this reporter was Jewish — and the story dealt with Jewish denial of the genocide — didn’t seem to faze the managing editor. The colleague, who may not have had a choice in the matter, proceeded to gut my story. By the time he was done, there was not a single mention of Jewish denial.

After an ugly public fight, I left the paper. The managing editor was later pushed out when an internal probe showed that my story was factual and without bias.

These days, I find myself more than a curious observer of the new cold war that has broken out between Turkey and Israel and its supporters.

What to make of the rush of Jewish leaders — from the American Israel Public Affairs Committee in Washington to a city councilman named Jack Weiss in Los Angeles — coming forward in the past few weeks to divulge their role in genocide denial?

"Frankly, [it] was not becoming for Jews, given that we have likewise been victims of genocide," Weiss wrote in an inelegant piece in the Jewish Journal.

How to account for these sudden confessions? A pang of remorse? A cleansing of the soul? I’m afraid not. These aren’t confessions, at all. Rather, they are reminders of the debt Turkey owes Israel — and they come with teeth bared.

How will Ankara react? Will fear of genocide recognition, which it considers a national security issue, eventually cause Turkey to soften its accusations of apartheid against Israel and become a compliant ally again?

And what about the Armenians and their lobby? Aren’t they guilty of their own cynicism for watching the flotilla feud and now thinking that the winds of geopolitics have finally blown their way? Will they cozy up to Jewish leaders suddenly eager to embrace their genocide? Or will they tell them "thanks but no thanks" and join Turkey in standing up for the Palestinian cause?

Only next April, the season of the return of the genocide resolution, will tell.

Mark Arax is the author of several books, including the most recent, “West of the West.” 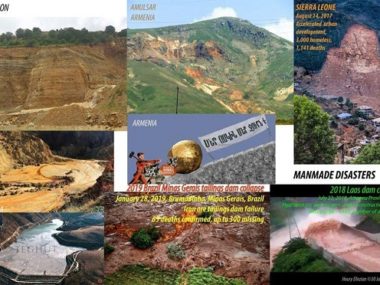 Read More
With special message to investors Houry Ellezian, Montreal, May 2020 When I recently read “If a disaster occurs,…
Read More
42
0
0 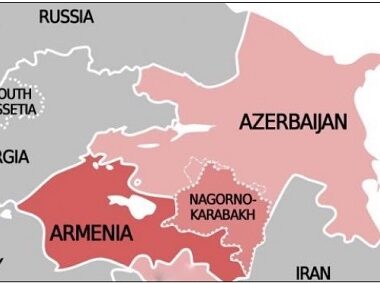