Syria and the Invisible Hand of Foreign Intervention

nearly a century ago that much of the Arab world was a fragile mosaic. A few sharp blows, he wrote, would cause it to shatter, leaving Israel the region’s dominant power. Jabotinsky may have been right.

Even if the Bashar al-Assad regime manages to hang on in Syria, that country’s economy is being wrecked, its people driven into poverty and neighbors tempted to intervene. Israel just threatened to attack Syria’s modest store of chemical weapons. Turkey is stumbling into the morass, egged on by the Saudis and Gulf Arabs. Russia’s national prestige is increasingly involved in Syria—which is as close to its borders as northern Mexico is to the United States. Iran may yet get involved.

We could be observing the beginning of a twenty-first-century version of the 1930s’ Spanish civil war, which became a proxy struggle between Germany, Italy and the Soviet Union. The only thing we know for sure about Syria’s civil war is that it is extremely dangerous to the entire region. Its outcome is entirely unpredictable. Meanwhile, the West keeps fueling the fires.

As a veteran correspondent who has covered fourteen conflicts and closely followed events in Syria since 1975, I have become convinced that there’s much more to the civil war raging in Syria than Westerners are being told by their governments or the blinkered media.

Last week, Reuters reported a classified intelligence “finding” signed by President Obama authorizing aid to the Syrian rebels. This may be the tip of the iceberg that eventually reveals an extensive covert campaign by the United States, Britain, France, Saudi Arabia and Turkey to overthrow the Assad government in Damascus. According to this scenario, these U.S. allies would be using Qatar, assorted freelance jihadists and Lebanese rightists as cat’s-paws to sustain the uprising. Jihadists, both Syrian and foreign, may also play a spearhead role in the fighting.

In fact, the Assad clan was long a target of jihadist wrath, described as godless tyrants oppressing good Muslims, in bed with the heretical Shia of Iran and too often cooperating with Western powers. Osama Bin Laden called on all jihadists to overthrow the Assads. Bin Laden is gone, of course, but the movement he sparked continues to gain momentum.

That revolution has erupted again in Syria is no surprise: the Assad family and its Alawite power base have brutally ruled Syria for over forty years. Rebellions by the Sunni majority, led by the underground Muslim Brotherhood, have been crushed with ferocity. This writer was outside the city of Hama in 1982 when government heavy guns and tanks put down a Sunni rebellion there, inflicting an estimated ten thousand casualties.

But until recently, Syria was in our good books. The Assad regime quietly cooperated with Western powers and Israel, jailed or liquidated Islamists, and kept quiet about the Israeli-annexed Golan Heights. The Bush administration even sent Islamist suspects to be imprisoned in Syria. Assad and his henchmen were another of our unsavory allies.

However, that was before war fever over Iran gripped Washington. Overthrowing the Assad government, Iran’s only Arab ally, would be a natural first step in overthrowing Iran’s Islamic government and isolating, then eliminating, Israel’s bitter Lebanese foe, Hezbollah.

If Syria were shattered into little confessional ministates and Hezbollah crushed, Lebanon likely would become an Israeli protectorate. Such was the strategic plan of Israel’s General Ariel Sharon in 1982.

Western powers already may be employing destabilization methods in Syria that were perfected in Libya. The DGSE, French foreign intelligence, cobbled together a group of Libyan exiles to form the “National Forces Coalition,” which rallied anti-Qadaffi elements in Benghazi. Britain’s MI6 intelligence had been active there for decades stirring up opponents of the Qadaffi regime.

In Libya, NATO air power intervened on “humanitarian” grounds to halt killing of civilians. News reports showed only lightly armed civilians battling Qadaffi’s regulars. Not shown were French, British and some other Western special forces disguised as Libyans that did much of the fighting and targeted air strikes.

France made use of a similar tactics in its brief border war with Libya in 1986 over the disputed Aouzou Strip on the Chadian-Libyan desert border. Chadian troops supposedly routed Libyan forces. In reality, the “Chadians” were actually tough French Foreign Legionnaires decked out in Bedouin dress. I interviewed some of the Legionnaires involved.

Fast-forward to today’s Syria. As a former soldier, I cannot believe that anti-Assad forces in Syria have made such great strides on their own. All armed forces require command and control, specialized training, communications and logistics. How have anti-Assad forces moved so quickly and pushed back Syria’s capable, well-equipped army? Where does all their ammo come from? Who is supplying all those modern assault rifles with optical sights?

How have so many Syrian T-72 tanks and other armored vehicles been knocked out? Not by amateur street fighters. Powerful antitank weapons—likely French, American or Turkish—have been used extensively. You don’t blow up a modern T-72 tank with light, handheld RPG rockets. Powerful antitank weapons, like the U.S. TOW or French Milan, require professional, trained crews. The use of these weapons suggests that outside forces are involved in the fighting, as they were in Libya.

Now come reports that the rebels are receiving small numbers of man-portable antiaircraft missiles. If properly used, they would threaten the Assad regime’s armed helicopters. Yet using such missiles requires a good deal of training. I saw in Afghanistan in the 1980s how long it took the mujahidin to learn this skill from CIA instructors—and then how quickly the Red Air Force was denied air superiority.

If Syria’s rebels are being trained, it is probably happening in Turkey (which makes the deadly U.S. Stinger AA missile under license). However, the United States has a major campaign under way to prevent jihadist groups from acquiring such man-portable missiles. If the Taliban received effective antiaircraft missiles, U.S. military operations in Afghanistan would be seriously threatened.

According to Reuters sources, the United States may have worked with Turkish allies to set up a command HQ at Adana, close to its Incirlik airbase in eastern Turkey near the Syrian border. This is where it would make sense for U.S. intelligence to coordinate the flow of arms, communications gear, medical supplies, food and munitions to the Syrian rebels.

Other unverified reports from the Mideast suggest that the U.S. mercenary firm formerly known as Blackwater (it recently changed its name to Academi) is training Syrian rebels in Turkey, moving in veteran mercenaries from Iraq, where there were once fifty thousand U.S.-paid private soldiers, and sending combat units into Syria.

Antiregime groups such as the Free Syrian Army probably would be ineffective without some kind of covert Western support. Whether they can grasp power from the jihadis who now dominate the streets remains to be seen. This gambit worked in Libya—at least so far. Syria, in contrast, is a very complex nation whose modern era has been marked by instability and coups.

After overthrowing one Syrian government in the late 1940s, Washington wisely backed off from Syria. Now it may get drawn back into the vortex of one of the Mideast’s most difficult nations.

Eric S. Margolis is an internationally syndicated columnist. His articles have appeared in the New York Times, International Herald Tribune, Los Angeles Times and others. He is a regular columnist at Huffington Post, LewRockwell.com, The Gulf Times (Qatar), Khaleej Times (Dubai), Nation Pakistan, Sun Malaysia and a member of the Institute for Strategic Studies in London. His most recent book is American Raj: Liberation or Domination? (Key Porter Books, 2008). 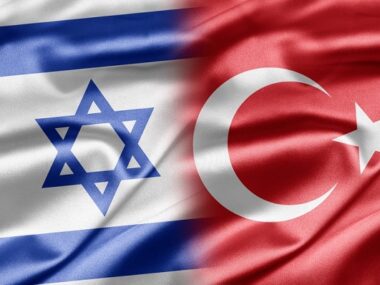 Read More
Disturbing pictures, videos and descriptions are removed – Ed. “The lives of the Armenian people were used as…
Read More
0
0
0 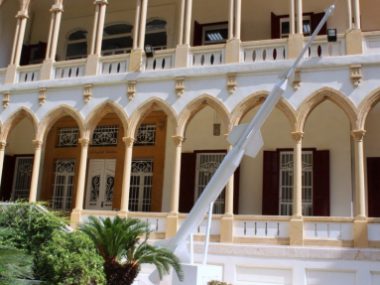