We, Armenians in Los Angeles, have been basking in an illusionary image of ourselves for quite some time. We have been acting carelessly as happy-go-lucky people at the expense of a mirage of economic prosperity, without paying attention to the responsibilities that inevitably come with it. We can do something about it–not as much as to solve problems, but to devise a “wish list” or a “must do list”- things that will improve our value and significance as a community.
By Vicken Gulvartian, Los Angeles, 10 April 2010

We, Armenians in Los Angeles, have been basking in an illusionary image of ourselves for quite some time. We have been acting carelessly as happy-go-lucky people at the expense of a mirage of economic prosperity, without paying attention to the responsibilities that inevitably come with it. We can do something about it–not as much as to solve problems, but to devise a “wish list” or a “must do list”- things that will improve our value and significance as a community.
It is time to change course, and to start talking. This task is entrusted to the pillar institutions of our community: traditionally, the goosagtsutunes (political parties), the church, media, schools, and the intellectual elite.

Fifteen years of a laissez-faire attitude has blurred the role of these pillar institutions. As a result, unexpected outsiders have moved into traditional roles expected of others to address community issues, thus confusing the outcome, and weakening our aim to grab one voice from a position of cooperation.

While things seem to be fine from outside, in reality we face serious problems: Loss of vibrant intellectual discourse, diminishing spirituality in the religious context, schools in crisis, the disappearance of Armenian-language literary expression and output, and a forgetfulness about what to do for the youth, especially for those between the ages of 22 and 32 (I call them, “the forgotten”).

It will be difficult to find solutions, but it would be wise to at least start talking. Talk about the problems; talk with the people who have assumed the role to provide solutions. They are the men and women in charge of the pillar institutions that past generations have laboriously created, organized or financed for the purpose of our preservation and survival.

If left to discussion, many people can come up with as many pillar institutions that they deem more important in the larger agenda. I will take up only four of them for the purpose of this column.

Political parties have proven their ability to organize large number of people around projects, programs and activities, Genocide remembrance and recognition as one of the most important of them. But it takes leaders (especially the ones at the top of the pyramid) with special character to rally a wide consensus, by sharing the responsibilities and the rewards for real victory. Collective effort can exponentially magnify the results if activists sat down to talk about a plan which, I’m sure, does not differ from that of others: How to get the message to the US Congress; how to gear Armenia’s foreign and domestic policies towards Armenocentric aims; how to address problems afflicting the youth; and of course, the Genocide and how to check on a Turkey-gone-wild with denial.

Alas our political entities are stuck in rhetoric rooted in old Cold War suspicions, some of which are directed against each other. The Cold War ended twenty years ago, and it’s time for change. Meet with each other regularly and talk to draw out new action plans for success. Act, and claim the legitimacy as “the” voice of the people!

The Church remains stuck in an artificial “one-ship-two-captain” situation (The ship is very small, mind you, and very fragile), since the caustic Cold War era divisions which the world has since resolved and forgotten… except for us Armenians. Territorialism is exhausting and devouring the communities and it’s sad to even imagine what we should be doing instead.

I celebrate the success of the Armenian Church, not by the physical number of churches across the American landscape, but rather by the declining number of Armenians in prisons, or simply by the number of American-born young men who choose the Church as their career path. The business of religion is not a zero sum game; the loss of one is not gain to another. Faith and prayer is not a matter of competition, and they are not commodities that are sold out of shops. It is a matter of laborious teaching, role-modeling and a sense of mission. It’s hard and serious work.

I hope that the clergy of all persuasions will always gather to talk about what is worthy of discussion: An agreement to teach faith, spirituality, good citizenship, and Armenianess in its various forms and shapes- marriage and family, language, customs and traditions, church history, saints, and the sublime art of praying and paying attention to the badarak.

Armenian Schools are in difficulty and are losing supporters and numbers. The cause that worries me most is not financial or related to the economy. We are facing a loss of faith in Armenian schools brought about by a combination of changing popular priorities during a period of financial prosperity, and new unchallenged perceptions as to what is necessary to bring up a child as an Armenian.

While families have already started making drastic decisions about the place of organized Armenian education in their children’s lives, the schools themselves are still debating who is the ideal (dibar) graduate of an Armenian school. What is the new message from the schools? Is it loud enough? Is it clear enough?
The time for principals of Armenian schools to meet, and to talk is now! It is absolutely essential that a common plan be devised immediately. Come up with a revised mission statement and then deliver. The failure of even one school is the failure of Armenian education as the last remaining potent experiment of the self-preservation process of our times.

Academics is a term in reference to the collective work done by historians, researchers and intellectuals to document the story of the Armenian people, Genocide historiography being the most contemporary and important. While too much emphasis is placed on politicians to “teach the Turks a lesson in history”, in reality the fight for Genocide recognition is won by the work of the intellectual elite.

Academicians are the least accessible segment of the pillar institutions. They are men and women whose work is above and beyond the reach of the general population, and for good reason. But, that doesn’t mean that they can be insulated from the needs of the Armenian community and people. Therefore, I can only hope that they meet regularly, and talk about their work and the work of all other researchers; to advance the career of young scholars- to promote them in institutions of higher learning with access to a forum for discussions and publications. I hope that a new generation will soon replace those who must pave the path for the young to continue the most important work of our (and the next) generation.

I feel that there is a sliver of hope these days. Lately groups have been forming across LA, to meet and discuss all issues that pertain to our interests in the world at this particular time in history. There is now talk where there was none before, and I am hopeful. The purpose, I think, is to eventually draw out a list of what the people want, need and demand. But for the time being the message is very simple: Start talking!

In time, I expect more will join the discussions in many more small (formal, organized or otherwise) groups across all communities. I hope everyone- journalists, artists, politicos, the clergy, educators, entrepreneurs and academicians alike- will join… and start talking!

Read More
Judy Rebick, Transforming Power, 3 May 2011 It was an extraordinary election. Both Stephen Harper and Jack Layton…
Read More
0
0
0
Today New Democrats recognise the Armenian genocide. Ninety-four years of history have not erased the horror of genocide,…
Read More
0
0
0
TORONTO–A roster of prominent local and Armenia speakers, at the maiden public gathering of the nascent Armenian Renaissance…
Read More
0
0
0 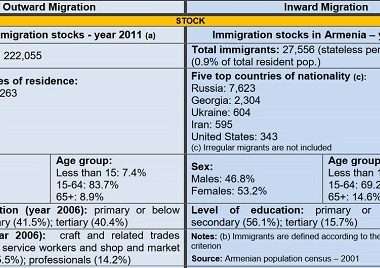 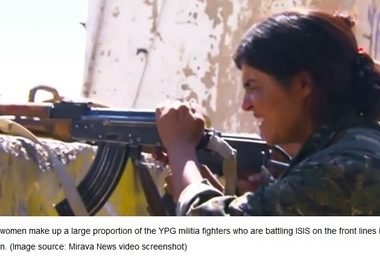