Although we could see the clouds gathering, the recent Georgia-Russia confrontation shook us all. No one had allowed themselves to believe that mixed messages and complicated agendas would come to such a head, causing so much devastation, loss of life and geopolitical chaos.

Although we could see the clouds gathering, the recent Georgia-Russia confrontation shook us all. No one had allowed themselves to believe that mixed messages and complicated agendas would come to such a head, causing so much devastation, loss of life and geopolitical chaos.

The South Ossetia conflict should not be viewed solely through the larger prism of Georgia-Russia relations. This is an ethnic conflict, after all, and one of several in the Caucasus. It is a warning to the international community: If pipeline safety is a concern now, then imagine the very real dangers that an Azerbaijani-Armenian conflict over Nagorno Karabakh would create.

Therefore, in order to seriously tackle the more difficult conflicts throughout this region, the comparatively more straightforward security and stability issues must be resolved first – and quickly.

Conflicts in the region would be viewed in a wholly different, more reassuring and tolerant context if there were a binding and strong security pact that assured non-use of force.

These conflicts are not frozen. In the absence of a security pact, there is an arms build up that is in itself destabilizing, distorting national budgets and hampering the normal development of civil society.

Yet in the Caucasus, our countries and peoples have lived under a common umbrella far more than we have been divided. Today, we share a common vision of European integration, a vision that is greater and more enduring than issues that divide us. It is in the broader context of European integration that our issues should be resolved.

After the West’s Cold War victory, two things happened. NATO tried to reinvent itself by directing its attention and resources to other regions and addressing other problems. Containing Russia was not a declared intention. And NATO created the Euro Atlantic Partnership Council, which invited all Eastern Bloc and former Soviet republics to participate.

This was visionary and potentially sustainable. After all, the Organization for Security and Cooperation in Europe and the Council of Europe extended their efficacy in that way by including the remnants of the USSR. Not only did they remain relevant and viable, they contributed immeasurably to our own growth and development.

But NATO also planned to continue and even expand in the same form, even after its stated goal had long been met. Given the changed security environment and Russia’s great security sensitivities, this was, it appears, a strategic mistake.

Georgia’s eagerness to get into NATO is understandable. But the security benefits to Georgia that NATO membership would bring would be offset by the creation of a dividing line in the Caucasus, and its attendant security challenges.

Perhaps this is the Caucasus moment: A historic opportunity, in the context of a new regional security pact, for Brussels, Washington and Moscow to meet with Tbilisi, Yerevan and Baku and create a nonaligned Caucasus, free of security memberships and adversarial alliances. Such positive, engaged, inclusive neutrality will be possible and beneficial all around.

This would be in the best interest of this highly combustible region. A U.S.-Russia confrontation at the Georgia-Russia level will make life very difficult, not just for us here in Armenia but also for Azerbaijan and Turkey.

It is in the context of these existential security issues that we must view the recent Turkish proposal for a Caucasus Stability and Cooperation Platform.

The idea of such a pact was floated already in 1999. The concept found favor because there were fresh memories of the use of force in our region, and the urgency of security arrangements was evident. Opposition to Russian interests was not yet deep and there were no tensions through proxies. But even during such a honeymoon, the idea didn’t become reality.

Today, force has been used again, and perhaps for that reason, the idea has resurfaced. But today, with the threat of a renewed Cold-War mentality, divisive lines may be drawn through these mountains and all regional relations will become unimaginably complicated. That is, where there still are relations.

Turkey’s proposal is therefore interesting and the urgency is not lost on anyone. But the concept must be developed right and implemented well. But we’ve been down this road before in this part of the world, where good intentions were sidetracked by the very political problems they were meant to resolve.

The Black Sea Economic Cooperation pact, for example, was created precisely for the purpose of bringing together those who otherwise shared no common forum for economic cooperation and the resolution of problems. But its effectiveness has been limited because Turkey lacked the commitment to use the forum as a way to relate with a country like Armenia, with whom its borders are closed.

The proposal today, in this new tense environment, must be more serious and sustained. It must marginalize no one. Security issues are intertwined, and they ought to be addressed in a stability pact with a comprehensive, strong security component.

During his visit to Baku last week, Turkish Prime Minister Recep Tayyip Erdogan discussed the Turkish plan and publicly made reference to Armenia’s inclusion. It is also a fortuitous coincidence that President Abdullah Gul of Turkey has been invited by President Serzh Sargsian of Armenia to watch the Turkey-Armenia FIFA World Cup qualifying match on Sept. 6 together.

This offers an opportunity for these two neighbors to discuss common security challenges and pave the way for a region of peace.

Vartan Oskanian was foreign minister of Armenia from 1998 to April 2008. He is the founder of the Civilitas Foundation in Yerevan, which addresses foreign policy, democracy and development issues in the Caucasus 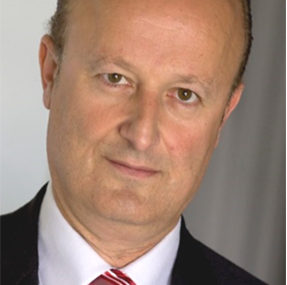