Another Colour Revolution Bites the Dust

The pretense that a president of a modest country like Kyrgyzstan can play in big league politics is shed with the ouster of the tulip revolutionary president Kurmanbek Bakiyev, after last week’s riots in the capital Bishkek that left 81 dead and government buildings and Bakiyev’s various houses trashed.

Bakiyev tried to have the best of both big power worlds, last year brashly threatening to close the US airbase, vital to the war in Afghanistan, after signing a cushy aid deal with Russia, and then reversed himself when the US agreed to more than triple the rent to $60 million a year and kick in another $100m in aid. As a result he lost the trust of both, and found himself bereft when the going got tough last week, as riots exactly like those that swept him to power erupted.

The pretense that a president of a modest country like Kyrgyzstan can play in big league politics is shed with the ouster of the tulip revolutionary president Kurmanbek Bakiyev, after last week’s riots in the capital Bishkek that left 81 dead and government buildings and Bakiyev’s various houses trashed.

Bakiyev tried to have the best of both big power worlds, last year brashly threatening to close the US airbase, vital to the war in Afghanistan, after signing a cushy aid deal with Russia, and then reversed himself when the US agreed to more than triple the rent to $60 million a year and kick in another $100m in aid. As a result he lost the trust of both, and found himself bereft when the going got tough last week, as riots exactly like those that swept him to power erupted.

It was the US that was there in 2005 to help him usher in a new era of democracy and freedom, the “Tulip Revolution”, but this time, it was Russia who was there to help the interim government coalition headed by opposition leader and former foreign minister Roza Otunbayeva pick up the pieces. As Otunbayeva looks to Kyrgyzstan’s traditional support for help extricating itself from a potential failed-state situation, cowed and frightened US strategists are already advocating trying to convince the Russians that the US has no long-term plans for the region, and that they can work together. Recognising the obvious, writes Eric McGlinchey in the New York Times, “ Kyrgyzstan is in Russia’s backyard, and the fact that we depend on our airbase there for our Afghan war doesn’t change that. Presenting a united front with Russia, however, would help Washington keep its air base and avoid another bidding war."

This coup follows the same logic as the more dignified rejection of the Orange Revolution in Ukraine in February, and has given a new lease on life to Georgian opposition politicians, who vow they will follow the Kyrgyz example if their rose revolutionary president continues to persecute them and spout his anti-Russian venom. Indeed, the whole US strategy in ex-Sovietistan seems to be unraveling, with Uzbekistan still out in the cold for its extreme human rights abuses, and the recent inauguration in February of Turkmenistan’s new gas pipeline to China.

Reversing Bakiyev’s flip-flop, Otunbayeva first indicated the US base would remain open, then hours later, sent shock waves through the US political establishment by reversing herself and saying it would be closed “for security reasons”. The agreement was renewed last June and is due for renewal in July this year. Secretary of State Hillary Clinton immediately telephoned Otunbayeva and sent Assistant Secretary of State Robert Blake to Bishkek, who announced with relief that the base would remain open after all.

But, unlike Bakiyev, Otunbayeva is no crafty politician out to fill her and her family’s pockets. While the former put his son Maxim in charge of negotiating the lucrative rental deal with the Americans last year (just where did the $160m go?) and set him up as head of the new national Central Agency for Development, Investment, and Innovation, Otunbayeva is above the corrupt clan-based politics of her predecessors. A graduate of Moscow State University and former head of Kyrgyz State National University philosophy faculty, she was foreign minister under both Askar Akayev and Bakiyev. She served as the first Kyrgyz ambassador to the US and Canada, and later the UK, and in 2007, was elected to parliament on the candidate list of the Social Democratic Party, becoming head of the opposition SDP in October 2009.

She visited Moscow twice this year, in January and March, and has forged close links with the United Russia Party. Her first formal talks as interim president were with Putin. Her flop-flip rather reflects the serious strain that the pushy US has put on Kyrgyz society, which until 9/11 was a sleep backwater which admired and was grateful to Russia for its security and economic well-being. There can be no doubt that the Kyrgyz people would much prefer good relations with Russia than the US. The base has provided nothing to the surrounding community except for the transitting soldiers’ purchase of alcohol and their soliciting of prostitutes.

For all his antidemocratic behaviour, Bakiyev’s threat to close the base last year was in response to public pressure. Locals were furious that a US solider killed an unarmed Kyrgyz outside the base and was whisked back to the US without any repercussions, much like the recently exposed case of US soldiers in a helicopter who gunning down two unarmed Reuters news staff in Baghdad, but who were cleared by a military investigation. This resentment and the instability it encourages are what Otunbayeva was alluding to in her terse phrase “security reasons”.

So, the question on everyone’s lips: did Russia pull the strings this time, tit for tat? True, there was little love lost between Putin and Bakiyev after the latter reneged on his promise to close the American base last year. Bakiyev’s erratic behaviour in the past two years certainly irritated the Russians. Apart from the issue of the US base, ties between the Kremlin and Bakiyev’s government had deteriorated sharply in recent months, in part because of the government’s increasingly anti-Russian stance, including the blocking of Russian-language websites and increased discrimination facing Russian businessmen. Coincidentally, Russia imposed duties on energy exports to Kyrgyzstan on 1 April.

When Otunbayeva suggested the base would be closed, there were cries that the Kremlin was behind the coup. But this speculation was nixed by Obama himself. “The people that are allegedly running Kyrgyzstan … these are all people we’ve had contact with for many years. This is not some anti-American coup, that we know for sure,” assured Michael McFaul, Obama’s senior director for Russian affairs, as Obama and Medvedev were smiling for the cameras in Prague in their nuclear disarmament moment. He also dismissed the immediate assumption that it was “some sponsored-by-the-Russians coup,” claiming — appropriately for the occasion — that cooperation over Kyrgyzstan was another sign of improved US-Russia relations.

Diligence LLC analyst Nick Day, “Russia is going to dominate Kyrgyzstan and that means problems for the US.” Yes, and so what? Russia is just a heart-beat away from events throughout the ex-Soviet Union by definition. Russians and Russian-sympathisers come with the territory. In early March, a member of the Council of Elders and head of the Pensioners’ Party, Omurbek Umetaliev, said, “We believe it is unacceptable to allow the existence on this limited territory of military bases from two leading world powers, which have conflicting positions on many issues of international politics. Although the presence of a Russian military base in Kyrgyzstan is historically justified, the military presence of the US and NATO countries is a threat to our national interests.”

True, even the threat to close the base is a blow to US imperial strategy in Eurasia, especially its surge in Afghanistan, which would be seriously jeopardised without its Manas air base. The US resupplies 40 per cent of forward operating bases in Afghanistan by air because the Taliban control the main roads. 1,500 US troops transit Manas each day — 50,000 in the past month, with 1,200 permanently stationed there. Because of attacks on its supply convoys travelling through Pakistan, the Pentagon wants to shift much of its resupply effort to its new Northern Distribution Network, which runs through Kyrgyzstan, Tajikistan and Uzbekistan.

Paul Quinn-Judge, Central Asia director of the International Crisis Group — reporting from Manas — said the fear was that such stepped-up US shipping will lead to attacks by the Islamic Movement of Uzbekistan (IMU) and the Islamic Jihad Union, groups which have a loyal following in the restive Ferghana valley, which is divided among those very Kyrgyzstan, Tajikistan and Uzbekistan, and has witnessed more than one uprising in the recent past. “The problem with the Northern Distribution Network is obvious,” Quinn-Judge says. “It turns Central Asia into a part of the theatre of war.”

Confusion over the status of the US base will be top on United States President Barack Obama’s crammed agenda now and he would do well to look further than the next wilted flower coup. “In Kyrgyzstan there should be only one base — Russian,” a senior Russian official told reporters icily in Prague. “Russia will use this as a lever in negotiations with America,” frets Day.

But another way to look at this is that this is a golden opportunity for Obama to definitively reverse the cowboy politics of Bush and the neocons, to build some real bridges with Russia, the country which will remain vital to Kyrgyzstan whatever geopolitical phantasms Washington has in mind. The delicious irony in the Kyrgyz coup is that as Medvedev and Obama were posing in Prague, where Russia basically acceded to US missile defence diktat, geopolitical inertia in Kyrgyzstan was doing Russia’s work for it, scuttling US Eurasian plans, and putting the cards back in Russia’s hands.

And what is this nonsense about how “vital” this base is to the US? It’s been there ten years. Just how long does it expect to stay? Could the answer be “For ever”? The current Kyrgyz line is that the agreement will be reviewed to make sure it isn’t "against the interests of the people or for bribes", government spokesman Almazbek Atambayev said after a visit to Moscow. "The United States plans to withdraw troops from Afghanistan next year. We will approach the transit centre issue in a civilised way and resolve it with the US leadership." So the US probably has another year there with grudging Russian approval.

Voluntarily leaving next summer would be the best advertisement to the world, and Russia in particular, that Obama represents a new, less belligerent US. The writing is on the wall: it is only a matter of months, a year at most, till Manas becomes a Russian base, and the sooner the US accepts the obvious, the better. Both Moscow and Washington have a common goal to preserve stability in the region, and given Moscow’s acquiesence to US-NATO transit of its territory to service the war in Afghanistan, this would automatically extend to a now-respectful US’s use of the soon-to-be Russian base in Manas.

Already the echoes of post-Vietnam realism in US politics, detente with the “enemy”, can be detected in McFaul’s words. This was the last period when a subdued US pursued sensible, even peaceful, foreign policies, having accepted defeat in its criminal war against Vietnam, culminating in the push by Carter to force the Israelis to withdraw from Sinai and make peace, however grudging, with at least one neighbour. The world could do with more Kyrgyz coups. 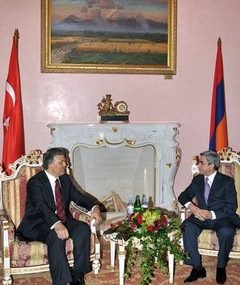 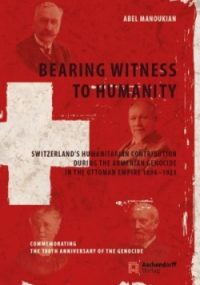