Al-Ustaz, a Citizen of the World

This Week in Palestine, February 2020

For those who have not heard the name before, it might be a good idea to sit down, have a glass of water, and take a deep breath before trying to pronounce, Aghazarian. But anyone who has come across the Armenian Palestinian historian from the Old City of Jerusalem seems to breeze through it: “But of course, Albert Aghazarian!” The mere utterance of his name usually precipitates numerous stories about Al-Ustaz, the teacher… the Old City’s walking encyclopedia who knows the history of Jerusalem up to its each and every stone.

Albert Aghazarian may be known mostly as a historian, a teacher, and a storyteller, but if you were to ask him, he might say that he is first and foremost an interpreter, because everything in this life is up for interpretation. A fluent speaker of Arabic, English, French, Armenian, Hebrew, Turkish, and some Spanish, Albert would say that he only speaks “one language,” before he pauses and adds… “at a time.” He finds joy in translating the inner nuances and spirit of words and meanings, and looks at translation as a craft and a hobby. He realizes that the art of communication is ultimately connected with the relations that are built around it – the person one is speaking to. His understanding of public relations, together with his knowledge and natural aura, have turned him into what may be referred to as a big personality who quickly relates with people no matter which background or part of the world they may be coming from.

Albert’s name has also been associated with Birzeit University, where he was an active student before earning a BA in political science at the American University of Beirut in 1972. He pursued his master’s degree at Georgetown University in Arab and Islamic studies. Upon his return from Washington, D.C. in 1979, he became a lecturer in cultural studies and was soon assigned as director of public relations at Birzeit University. In the early eighties, Albert was working from a tiny office at Birzeit’s old campus. Turning the university into a well-established institution amidst curfews and closures by the Israeli forces who referred to such campuses as “illegal cells of education” seemed like an impossible mission at the time. But Albert and the team, with the guidance of the late Dr. Gabi Baramki, had a role in uplifting the educational system under occupation as they kept on going and making things happen.

As director of public relations at Birzeit for over twenty-four years, Albert was always alert to address the many challenges at the university, including the military army, in defense of the institution. His communication skills, wisdom, charisma, and ability to secure funds soon turned him into a public spokesperson and media figure. Although he was asked several times to take on high governmental positions, he prefers to think of himself as a free soul who has generously been sharing his in-depth analysis with key local and international figures, including writers and journalists, while spending his evenings smoking shisha in a small inn and sharing stories with fellow Jerusalemites about history and daily life.

Albert is and always has been a Jerusalemite, but he is also a citizen of the world who refuses to get trapped in constraining exclusivity. He opts, instead, to explore open spaces amidst the narrow roads, and acknowledge the collective and historical wonders and different identities that have turned Jerusalem into the place that it is. His philosophy comes from the combination of reason and faith. An avid reader and connoisseur of Middle East history, Albert draws influence from characters and authors such as Averroes, Omar Al-Khayyam, Queen Melisende, and Amin Maalouf. His family house in the Armenian Quarter of Jerusalem, sometimes referred to as a cultural salon, is representative of that openness. His wife Madeleine, with her gentle and friendly spirit, has just as much valuable insight to share about the city that she was born and raised in. Her generosity and welcoming nature have been noted by comers and goers from all walks of life as the true embodiment of “home.” 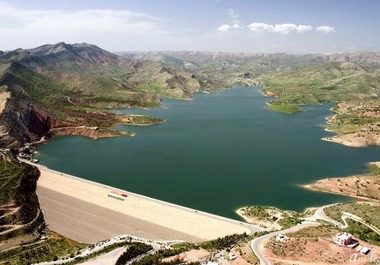 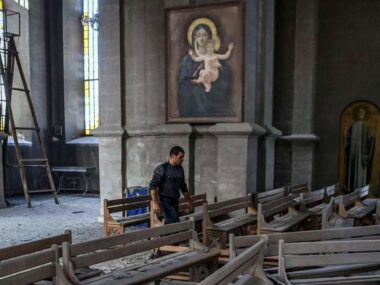 Read More
By Anahit Harutyunyan, Ambassador of Republic of Armenia, Toronto Star, 9 October 2020 As the rest of the…
Read More
1
0
0 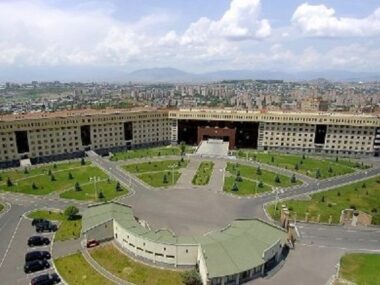 Read More
Armenia News, 10 November 2020 The Ministry of Defense of Armenia and the General Staff of the Armed…
Read More
1
0
0

Read More
Dear Colleagues, In a few days a candlelight vigil will be held in Toronto in memory of Vahé…
Read More
0
0
0 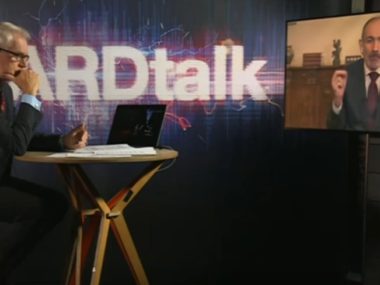