BAKU, April 3—Deputy Chairman of the House of Commons of the Canadian Parliament

and chairman of the Canadian-Azerbaijan Parliamentary Friendship Group Barry Devolin will discuss the issue of adopting a resolution by the Canadian Parliament in connection with the Khojaly genocide in Baku. Devolin made his statement for [sic] journalists in Baku. A Canadian delegation began its visit to Azerbaijan today.
E. Mehdiyev, Trend

From Parliament Hill in Ottawa to the University of Utah, to Texas, Iowa, and the Carolinas, the descendants of the Seljuks and the Ottomans are on the move. But unlike their yataghan-wielding ancestors, contemporary Seljuks and Ottomans (aka Turks and Azeris) are engaged in a PR war fuelled by Ankara’s economic upsurge and Baku’s petrodollars.

BAKU, April 3—Deputy Chairman of the House of Commons of the Canadian Parliament

and chairman of the Canadian-Azerbaijan Parliamentary Friendship Group Barry Devolin will discuss the issue of adopting a resolution by the Canadian Parliament in connection with the Khojaly genocide in Baku. Devolin made his statement for [sic] journalists in Baku. A Canadian delegation began its visit to Azerbaijan today.
E. Mehdiyev, Trend

From Parliament Hill in Ottawa to the University of Utah, to Texas, Iowa, and the Carolinas, the descendants of the Seljuks and the Ottomans are on the move. But unlike their yataghan-wielding ancestors, contemporary Seljuks and Ottomans (aka Turks and Azeris) are engaged in a PR war fuelled by Ankara’s economic upsurge and Baku’s petrodollars.

The Turkic clans, with the expensive input of high-end PR agencies, are determined to change "Turkbeijan"’s justly deplorable image. They perceive the Armenian Diaspora as the spoiler of their cosmetic duplicities and chicanery. Rather than admit their millennia-long barbarian legacy, Turkbeijan leaders, such as absurd Baby Aliyev, bray that the Armenian lobby is the real enemy. It would surprise no one if one of these days a paranoid Baku publishes “The Protocols of the Elders of Armen”.

To take on the Armenian lobby, Azerbaijan and Turkey have launched a multi-pronged “information” campaign. One strand of it extols Turkic “contributions” to history and the other promotes instantaneous friendship with North Americans. In either case, the idée fixe is to deny the depredations Turkic people have inflicted upon Arabs, Armenians, Assyrians, Bulgarians, Greeks, Kurds, Serbs… The multifaceted global campaign includes falsification through academia, vanity press books, letter-writing campaigns, “student” rallies, receptions at four-star hotels, and the funding of junkets for politicians with flexible morals.

The University of Utah in Salt Lake City (pop. 90,000) is the ground zero of Turkbeijan “scholarly” propaganda. The tertiary campus, away from the demanding academic standards of metropolitan universities, has a misleadingly named “Middle East Centre”. Its board includes Dr. Sucru Elekdag (former Turkish MP), Rifat Hisarciklioglu (head of the Turkish Union of Chambers and Commodity Exchanges), and the notorious Genocide denier Norman Stone. There are no Arabs, Iranians, Kurds or other Middle Eastern Muslims on the board.

The University of Utah Press has published—under the duplicitous title of “Meaningful Middle East Books”—14 books featuring such scabrous “historians” as Gunter Lewy, egregious Justin McCarthy, half-a-dozen Turkish “historians”, including M. Hakan Yavuz who has close ties to Turkish government intelligence. The infamous Lewy’s opus calls the Genocide “disputed genocide”. Hired-hand McCarthy pitches in with “The Armenian Rebellion in Van” and “The Turk in America—The Creation of an Enduring Prejudice”. Guess who is blamed for the negative image of the Turks? The books, by Turks or computer-for-hire American “scholars”, are unofficially commissioned by Ankara which buys most of the output of the hick university and distributes it, gratis, to politicians, diplomats, opinion leaders, and through new-fandangle Turkish organizations.

One such group is the Anatolian Heritage Federation (AHF). It’s an umbrella entity of Turkish and Azeri organizations. In Canada it hosts public programs, private events, and sponsors “study” trips to Turkey and Azerbaijan. In early April, it sent a dozen Canadian members of parliament and a senator on two tours of Turkey and Azerbaijan. The date is no accident. When the pols return, gorged on falsehood and brainwashed with dubious facts, they will—presumably–deny the Genocide later in the month.

Another tactic is to push for the acknowledgement of the Khojali battle as genocide by Armenians. In their room-temperature IQs, they hope such proclamations would neutralize the slaying of 1.5 million Armenians.

Yet another Turkic gimmick is to push for Anatolian Heritage Days in Canada. What’s the reason for this recherché tribute? Because, Turkbaijanis say, “the ancient region of Anatolia, which is also known as ‘Asia Minor’, was the cradle of some of the greatest civilizations of world history. These include those of the Hittites, Lydians, Persians, Greeks, Romans, Byzantines, Seljuks and Ottomans, among others…”  Armenians must be the “among others”.

There you are: after destroying Asia Minor indigenous civilizations and killing millions of natives, Turks demand credit for being the descendants of their victims. To paraphrase an Arabic saying: “After killing the man, he joined the funeral cortege to honor his victim”. Turks brazenly and risibly claim ownership of the civilizations they buried and somehow “forget” the Asia Minor’s ur-people—the Armenians. Also  “Anatolia” has become a loaded word in Turkish parlance. Although it’s an ancient Greek name for Asia Minor, Turkey studiously uses the world to erase “Western Armenia” from maps and history. According to pro-Turkish MP Bob Dechert (parliamentary assistant to Canada’s foreign ministry), Anatolia includes Turkey, Azerbaijan, Turkmenistan, Uzbekistan, Kyrgyzstan and Kazakhstan, but not Armenia. This must be news to mapmakers everywhere. The other mendacious Ankara sleight-of-hand is the corruption of Anatolia’s etymology from its Greek meaning (“Sunrise”) to the Turkish concoction Ana Dolou (“Pregnant Mother”). Armenians are familiar with the ploy as Turks have distorted the toponyms of countless Armenian place names—from Ararad (“Agri Dagh”) to Sis (“Kozan”).

Through the financial support of the questionable Gulen movement and the government, the AHF is constructing an $8-million centre in Ottawa called Intercultural Dialogue Institute. It’s a meaningless and sham name for an “institute” which will surely promote Genocide denial.

Two years ago the AHF tried to proclaim March 23 as Anatolian Heritage Day in Ontario. The bill failed to pass not because of Canadian-Armenian lobby’s efforts, but because the premier prorogued (postponed) the session. The Armenian lobby was dormant at the wheel when the Turks sprung the heritage day stunt on Ontario’s parliament. It’s certain that Turkbeijanis will revive the project.

The Canadian-Armenian lobby has been tardy and complacent in other ways. Last year when the Turkish embassy managed to erect, with great fanfare, its statue in Ottawa, there was no peep from the Armenian lobby that the statue is anti-Armenian propaganda and has nothing to do with honoring international diplomats, as the Turkish ambassador alleged. After the statue was in place our lobby made no attempt to obtain return concessions from the government.

Meanwhile, Turkey’s consul of Toronto lobbies at the Ontario legislature, holding receptions for politicians and ethnic leaders, organizes junkets to Turkey and utilizes the internal mail of the legislature through turcophile mercenary politicians. He distributes pamphlets which deny the Genocide. Our lobby has not protested against these shenanigans.

How does the Canadian-Armenian lobby combat Turkbeijan propaganda? By pretending the grey wolf is not there. During the last federal election, Prime Minister Stephen Harper promised to establish an Office of Religious Freedoms. Two months ago the government launched the promised office. About 300 religious and ethnic group representatives, including Armenian, were invited to the opening. No Armenian representative attended the event. Among other goals, the office is to help the persecuted Christians of the Middle East. The Armenian lobby’s no-show must be something new in politics: lobbying through invisibility.

Meanwhile, the “Anatolians”, who have been courting the Liberal Party for some time, seem to be changing horses as they might have concluded the rival Conservatives will remain in power for a while. Thus, when the AHF took seven MPs to Turkey and Azerbaijan on a “study tour”, six were Conservatives. A second Canadian delegation, including Pakistani-born Senator Salma Ataullahjan (Conservative), met Aliyev and Foreign Minister Elmar Mammadyarov. The trips were organized by the Azeri embassy in Canada, the ruling New Azerbaijan Party and the Azeri Parliament.

What ails our lobby in Canada is obvious. It’s fragmented, inchoate, lackadaisical, and suffers from the absence of a full-time information officer in Ottawa. From 2006 to 2009 we had a full-time officer. He was effective. Now we have one person who is there two days a week. PR is not a part-time enterprise. To bear fruit, it includes attendance of after-hour receptions/dinners, bonding with politicians, civil servants, and media representatives.

With the centenary of the Genocide around the corner, we can’t afford half-hearted PR. The centenary is a sacred opportunity to tell our story with resonance. We have to get serious about our lobbying in Canada and elsewhere. Half-hearted PR efforts give our communities a false sense that everything is under control… that is, until one morning we wake up and learn that the Canadian Parliament has recognized the Khojalu as genocide.

Read More
By Armenag Topalian, 18 November 2009 The following draft letter has been sent to me as part of…
Read More
0
0
0 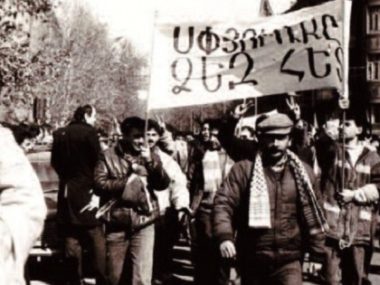 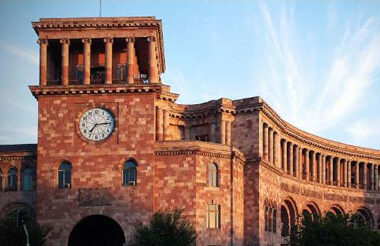 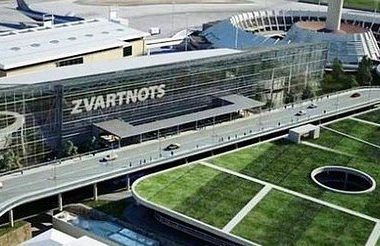 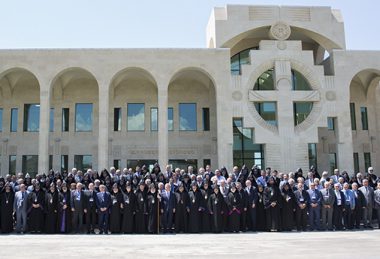