The following speech was delivered by Dr. Joe Kechichian at the commemoration of the 96th anniversary of the Genocide of Armenians in Pasadena, California. Editor

Thank you all for coming. While it is customary for a speaker to wait until the end of his presentation to thank audience members, may I thank you upfront, and this for two reasons. First, because you took the time on this Holy Day to participate in this commemoration and, second but more importantly, because you wished to affirm core beliefs in ethical principles.

The following speech was delivered by Dr. Joe Kechichian at the commemoration of the 96th anniversary of the Genocide of Armenians in Pasadena, California. Editor

Thank you all for coming. While it is customary for a speaker to wait until the end of his presentation to thank audience members, may I thank you upfront, and this for two reasons. First, because you took the time on this Holy Day to participate in this commemoration and, second but more importantly, because you wished to affirm core beliefs in ethical principles.

Like many Americans who happen to be ethnic Armenians, I grew up without a paternal grandmother, a soul who was nevertheless almost always present in our home. Our memories of her were few and, of course, we could not pay our respects by gathering at her grave for there was not one. My father could not remember his own mother because she was taken from him when he was barely a year old. All that we had was a single photograph in the hands of a relative. All that we could remember were what surviving family members could tell us. It was meagre fare and, as I am sure you could imagine, unsatisfactory.

Of course, my grandmother was one among a million and a half who were murdered in the Armenian Genocide, but she was also among the hundreds of millions who were brutally killed throughout history. She was but a soul among many spirits who were deemed worthless as if man could dispose of an essence without suffering its consequences. This, to my eternal astonishment, is the single most important lesson leaders seldom learn.

In the course of what passes for human civilization, strong men always relied on their fists to impose order, disregarding every concept of morality. Coercion and punishment entered our lexicon as rulers, dictators, and governments accepted the invention of torture instruments that imposed unspeakable suffering. Often, the physical and/or mental abuses meant that captives were held against their will, subjected to routine humiliation, persecution, beatings, severe injuries and, sometimes, death. Why was this culture tolerated and continues to be?

Admittedly, the most logical even if entirely gratuitous explanation is that of law and order that, unconvincingly, habituated billions to accept mistreatment in the name of the greater good. Human beings, we were always taught, are unruly and need to be tamed. Those who refuse to toe the preferred line may be considered breaching “social contracts” and, in bizarre twists, can be justifiably penalized. Our vocabularies adapted as man invented appropriate words to justify actions: execution, death penalty, and capital punishment. The list is long and largely inelegant.

Though I never knew my paternal grandmother, and the countless souls who perished in man-made atrocities, I would like to believe that their lives were not in vain. I remember her as I remember our fellow citizens who fell at Wounded Knee or Gettysburg, Verdun or Omaha Beach, Imjin River or Khe San. Today, we remember 1.5 million Armenians, though our thoughts are also with the 600,000 of our fellow citizens who perished during the US Civil War, the 420,000 who perished during World War II, along with an estimated 60 million others who died over the short span of four years. Historians tell us that at least 150 million, perhaps over 160 million individuals, were killed or died in conflicts throughout the 20th century. Few are remembered but we here today have a special taught for each and everyone of these largely nameless souls. We remember them because we must if for no other reason than for our own sake so that our offspring may reciprocate.

History teaches us that remembrances are difficult. Although some countries acknowledged atrocities, others are still struggling to come to grips with their ancestors’ deeds, which is at the heart of the current political demands on the necessity to recognize the Armenian Genocide. Germany admitted the Holocaust and we remember the silent apology offered on 7 December 1970 when former Chancellor Willy Brandt knelt in front of the monument to the Warsaw Ghetto uprising of 1943. Kaing Guek Eav, the commandant of a torture house serving with the Khmer Rouge in Cambodia between 1975 and 1979, apologized to a court in 2009 for atrocities he had committed. Even Russia recognized its responsibilities in the Katyn massacres of 22,000 Polish officers carried out between April and May 1940. We, of course, are waiting for the Turkish Willy Brandt who will free this and future generations of law-abiding Turks from the yoke that remains a huge burden for them.

Our duty, therefore, is to help those who cannot face history and the atrocities committed in their ancestors’ names. While we should not explain everything that has happened in terms of mistakes or sins, the tormented must help those lacking the courage to face responsibility. Yes, each and every one of us has an obligation to remember and seek consolation. We should not simply applaud the strong as if it were a winner in a conflict where there could be none. Nor should we tolerate the victorious as long as he has the last word. For it behooves us to remember that such a victor, be it a person or a country, can loose everything and drag us along into an abyss.

My hope is that we change our outlook by changing our ethics. When President John F. Kennedy spoke to members of the United Nations General Assembly in 1961, he declared that “Mankind must put an end to war, or war will put an end to mankind.” This plea was repeated by Pope Paul VI at the same forum in 1965 when the Roman Catholic Pontiff stated: “No more war, never again war. Peace, it is peace that must guide the destinies of people and of all mankind.” Needless to say that few listened though a better call to eradicate wars may be to eradicate our “fake feelings, to hold on to our principles and never let go, no matter the circumstances.” Upon those principles we shall judge this or that leader, and hold this or that governor responsible, which would be an obligation to ourselves.

Holding governments accountable for their actions and renewing our trusts in them are the only mechanisms to avoid future atrocities. We who live in true democracies carry the added burden of living up to higher standards, because much more is always asked, from those who have more.

We remember, therefore, and honor those who pray with us for the souls of the departed, those whose lives were snuffed out mercilessly, and we beseech the Lord to grant us, survivors and their offspring, the patience to endure unspeakable pain, the ability to forgive gullible foes, the foresight to comprehend their shameful actions, and the courage to never forget our ancestors. On this commemoration day, we ask those who wish to remember with us not to forsake sacrifices made to preserve our liberties. Let us remember that the millions who were murdered for their beliefs and principles did not die in vain in the Armenian Genocide as in so many other atrocities throughout time. Millions perished because they dared to voice opposition to abusive systems that denied them freedom and liberty. Their spirits are alive in us today because, simply stated, their deaths ensured our own liberties.

Read More
By Haroon Siddiqui, The Toronto Star, 8 August 2010 When you have finished laughing at Stockwell Day —…
Read More
0
0
0 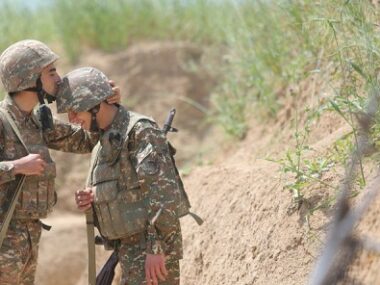 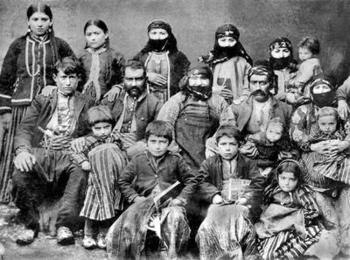 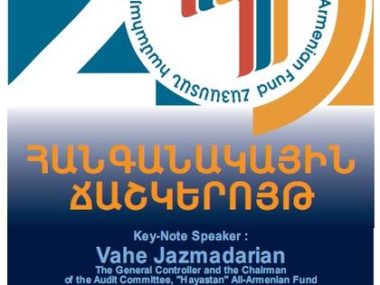 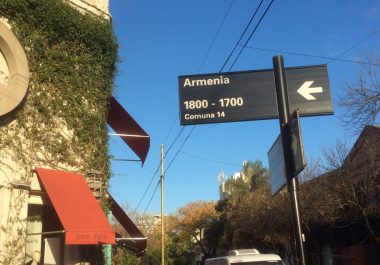