Your official statement on April 23 acknowledging how “The 24th of April carries a particular significance for our [Turkey’s] Armenian citizens and for all Armenians around the world” and your message of condolence, “… we wish that the Armenians who lost their lives in the context of the early twentieth century rest in peace, and we convey our condolences to their grandchildren” constitute an unprecedented step from the Turkish Government and must be recognized as such.

But, Mr. Prime Minister, we can’t stop there, for the sincerity of your condolence is undermined by the calculated presentation in the rest of the letter. Allow me to point out a few examples.

“A series of ethnic cleansings in the Balkans pushed millions eastward, transforming the demographic structure of Anatolia….. Approximately 5 million Ottoman citizens were driven away from their ancestral homes in the Balkans, the Caucasus and Anatolia. While much of western history tells of the suffering of the dispossessed and dead Ottoman Christians, the colossal suffering of Ottoman Muslims remains largely unknown outside of Turkey.”
We can understand and share with compassion the pain of all those Muslims who were forcibly expelled from the Balkans, the Caucuses and Crimea. We know firsthand that pain. I am the son of two Armenians orphaned in 1915 from Urfa, Anatolia, and who were deported after losing their entire families, and others at the Zoryan Institute, as well as most other Armenians, also have this personal experience. We know well the pain of being uprooted from your ancestral homeland and of being a refugee growing up in several countries, none of which replace what home once was, or allow you to maintain continuity with your cherished history and culture.

But, Mr. Erdoğan, you talk about suffering while ignoring how the suffering was inflicted.  You lump all of the millions of deaths together without making the critical distinction between the causes of death, those who were targeted for extermination, and those who died from the war.  More Germans died in WWII than did Jews, for example, but the deaths had very different causes and different meanings, as did the deaths of the Armenians within the Ottoman Empire. We agree that no one should try to construct hierarchies of pain. However, the pain of those Ottoman Muslims was not inflicted by our Armenian fathers or grandfathers, whereas the pain of the planned destruction of the 2.5 million Armenians in 1915 was caused by yours.

Genocide denial involves four dimensions: denial of the facts, responsibility, calling the events something else, and relativization. Your letter engages in all four. Until you and the Turkish State demonstrate a sincere and apologetic expression about the consequences of your ancestors’ actions,  your condolences to the Armenians will be perceived as insincere and a cleverly contrived trick for gaining an end.

No Turk living today can be held responsible for the crime of the genocide committed by the Ottoman regime. Yet, your country and your government are responsible for the aggressive and ongoing denial, which exacerbates and perpetuates the pain of the Armenians and itself is considered the continuation of the crime. We believe that the Armenian people worldwide would embrace the whole people of Turkey, if the Turkish Government acknowledges the responsibility of its predecessor, the Ottoman Empire, in the planned annihilation of its Armenian citizens, expresses a sincere apology, and makes appropriate efforts at atonement. That would build trust between the parties and allow the healing and forgiving process leading to a true liberation for all concerned. In this respect, we take this opportunity to express our deepest sympathy to the families of all those righteous Muslims—Turks, Kurds, and Arabs—who risked their lives to save Armenians during that period.

Your call for a joint historical commission to study the events of 1915 is only a public relations stratagem. Please recall that in 2003, the Turkish-Armenian Reconciliation Commission requested The International Center for Transitional Justice to examine the Armenian Genocide issue. The ICTJ issued its finding that “the Events, viewed collectively, can thus be said to include all of the elements of the crime of genocide as defined in the Convention, and legal scholars as well as historians, politicians, journalists and other people would be justified in continuing to so describe them.” The Turkish members of the Commission rejected this finding and TARC broke apart. Why would you now propose another joint commission, when you have already rejected an independent, third-party finding from an organization headed by the renowned Elie Wiesel? You, yourself, have repeatedly stated publicly that you would never accept that Turkey committed genocide. It is difficult to reconcile this with your statement that “Turkey has always supported scholarly and comprehensive studies for an accurate understanding of history.”

Mr. Prime Minister, if you really would like to see “that the peoples of an ancient and unique geography, who share similar customs and manners will be able to talk to each other about the past with maturity and to remember together their losses in a decent manner,” then perhaps you could take a few very simple steps to show your commitment, by establishing diplomatic relations with Armenia, with no preconditions, and opening the borders between the two countries (closed only from the Turkish side), as a first step to commencing dialogue. This would demonstrate in a tangible way the sincerity of your letter of condolence and be a first step towards reconciliation. 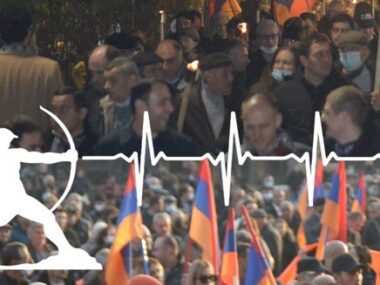 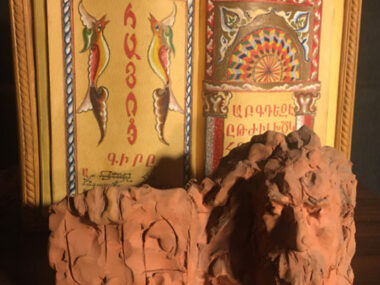 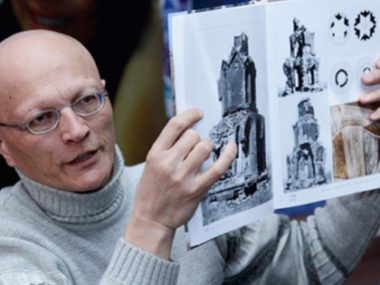