On Wednesday, June 30th, St. Leon Armenian Church of Fair Lawn, NJ, hosted a virtual forum, A Master Plan? Russo-Azeri Strategy for Armenian Pacification. The event examined Russia’s role in the 2020 Artsakh War and across the South Caucasus in order to shed light on what is happening, what is at stake, and where Russian and Armenian interests diverge on fundamental issues.

The discussion, which was recorded and may be viewed at https://bit.ly/StLeonEvents, was moderated by Ara Araz. Panelists included Lilit Gevorgyan, security and political analyst at IHT, and Armen Kharazian, a former diplomat and principal attorney at Kharazian Law. The discussion probed the 44-day catastrophe and its aftermath within a wider context of Russo-Armenian relations and shifting geopolitical currents across the South Caucasus. Gevorgyan and Kharazian discussed the alignment of Russian and Azeri interests behind Azerbaijani state-building and economic regional initiatives, to the detriment of Armenian sovereignty both in Artsakh and the Republic of Armenia. The discussion came at a critical time for Armenia and the diaspora, as Araz underscored, “It is critical that our community better understand the contours of a world where Russian and Armenian interests might diverge on fundamental issues and the degree to which racial hatred or the occupation and further pacification of Artsakh coincide with—but are not the sole drivers of—Azeri aggression and policy.”

Lilit Gevorgyan poignantly emphasized the causal relationship between Armenia’s diplomatic isolation and over-dependence on Russia for its security and economic interests and the current security crisis facing Armenia today. Gevorgyan pointed out that the Russia-propped security status quo  was failing prior to the 44-day war – something that was further exposed during and after the fighting. Armenia’s over-dependence on Russian security measures could be attributed to its miscalculated desire to appease Russia, often times sacrificing its own agency in the process, for fear of a Russian backlash that would threaten Armenia’s security and economic interests. While Gevorgyan noted that Armenia’s tendency to appease Russia has beyond doubt contributed to the dire predicament the country faces today, she also underscored that Armenia has found itself on the wrong end of a shift in regional power dynamics. Gevorgyan identified the 2008 Georgia war as a turning point in Russo-Azeri relations, as Russia sought to cement its position and influence in the Caucasus. The shift in power dynamics has also resulted in growing cooperation and an alignment of interests between Russia and Turkey in regards to Azerbaijan. Gevorgyan noted, “Russia is happy to deal with the West so long as the West is represented by Turkey… in the eyes of the Russians, Turkey has become an independent player and it is so independent that it is ready to defy the US and NATO, it helps to keep the West at bay in regional conflicts”. Stronger bonds between Moscow and Baku should be of grave concern to Yerevan. This warming relationship emphasizes the importance of Armenia regaining its agency that it has surrendered to the Russians following years of diplomatic isolation and reducing an over-dependence on Russian preventative security measures that have failed to live up to Armenia’s expectations.

Armen Kharazian elaborated on Armenia’s urgent need to regain its agency and described how the country found itself in this precarious position. Kharazian touched upon countless missed opportunities that would have helped Armenia build up independent capacity, as well as failed policy choices that deprived it of one, such as handing over secure government telecommunications to the Russians in the mid-to-late 1990s. Kharazian stated, “We gave up incremental parts of our agency and core competences. We gave into Russian pressure to not build an Iran Armenia gas pipeline with a large enough diameter that would have served a regional purpose, we surrendered ownership and management of the nuclear power plant, declined multiple opportunities from international partners, particularly the US, to build a new nuclear power plant, Armenia rejected opportunities to partner with Western companies like Cisco who wanted to help Armenia establish secure communication and networks etc…, any reasonable country would have seized on these opportunities but we didn’t because we didn’t want to get the Russians mad and face repercussions from them, so we pleased them by giving them our agency and the Russians were complicit in helping the Azeris take Artsakh.” Kharazian also blamed Armenia’s diplomatic isolation and its failure to build an equitable relationship with the West as a driving force behind the lack of support Armenia received from Western powers in the 2020 Artsakh War; Kharazian pointed out that Armenia even failed to request military assistance from the West during the 44-day War. This is consistent with Armenia’s track record of denying itself the critical capacity required to build agency.

Kharazian added valuable insight on how Armenia might go about regaining its agency, he stated that, “If we are to get out of this situation Armenians need access to knowledge and modern technology not found in Russia, but in the West. Armenia continues to rely on a flawed understanding that if it keeps pleasing Russia it will be able to rescue what it wasn’t forced to give away as a result of the war, but the reality is it will have to surrender what it still has if we continue with the same flawed strategy.”

Gevorgyan and Kharazian will expand on this discussion in a follow-up event, Part II: Crisis in Armenia’s Russia-Only Security Doctrine. The event will take place on Wednesday, August 25th at 7:30 PM ET on Zoom and will be broadcast on YouTube. Topics to be discussed include

To register on Zoom for Part II: Crisis in Armenia’s Russia-Only Security Doctrine with regional experts Gevorgyan and Kharazian, go to https://bit.ly/Diverging-Interests-Part2. To watch live on YouTube, go to https://bit.ly/StLeonEvents at 7:30 PM ET on August 25. For more information, contact Ara Araz at 917.837.1297 or [email protected] 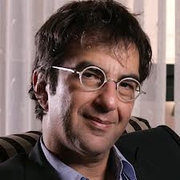 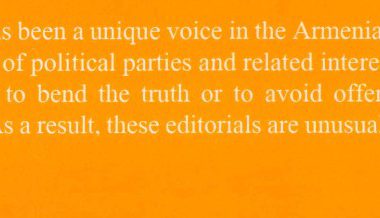 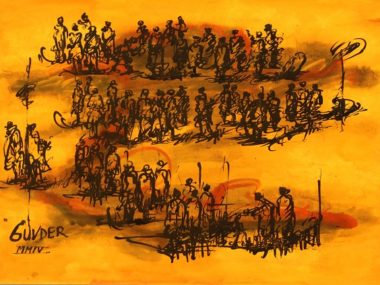 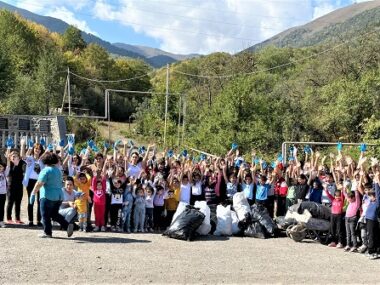